I believe I have adjusted the kickdown according to the FSM. My understanding is that with the kickdown pulled all the way forward, the rear of the slot should just touch the carb pin & then you lengthen the rod 2 turns. That is how I currently have it as seen below. 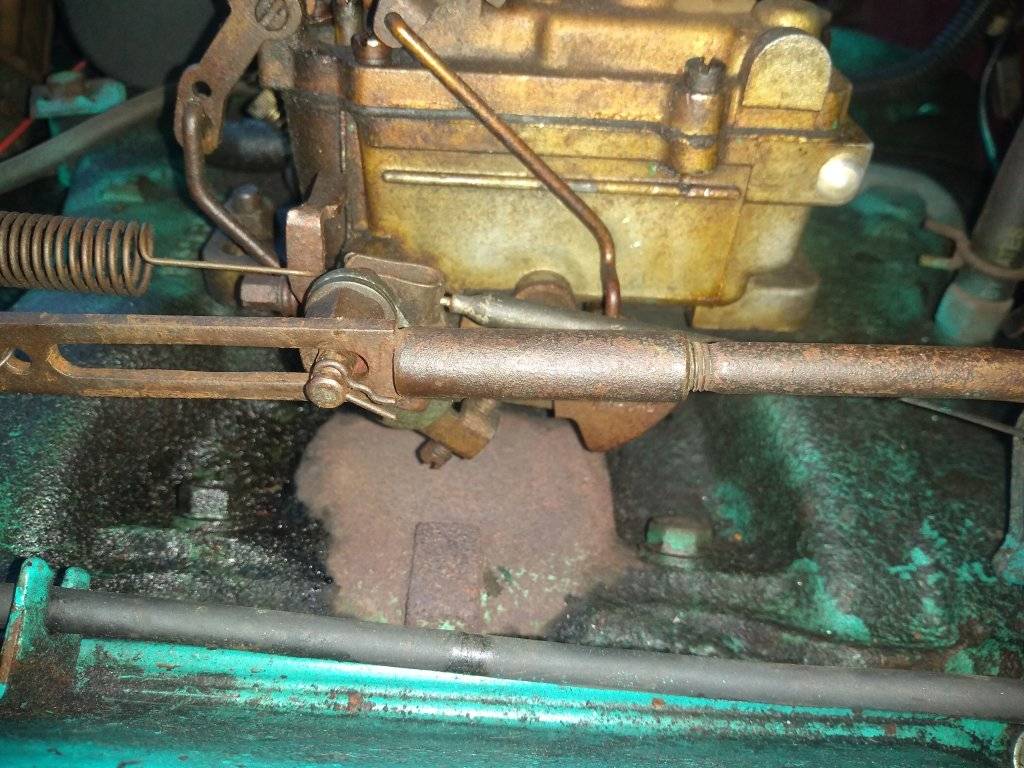 The problem is, everything I see online, suggests setting it up so that with at full throttle, the kickdown should be all the way back. If I push the accelerator all the way down, and clamp the cable at that point, the carb does seem to be basically fully open, however the kickdown still can be pushed back another 1/2" or so. 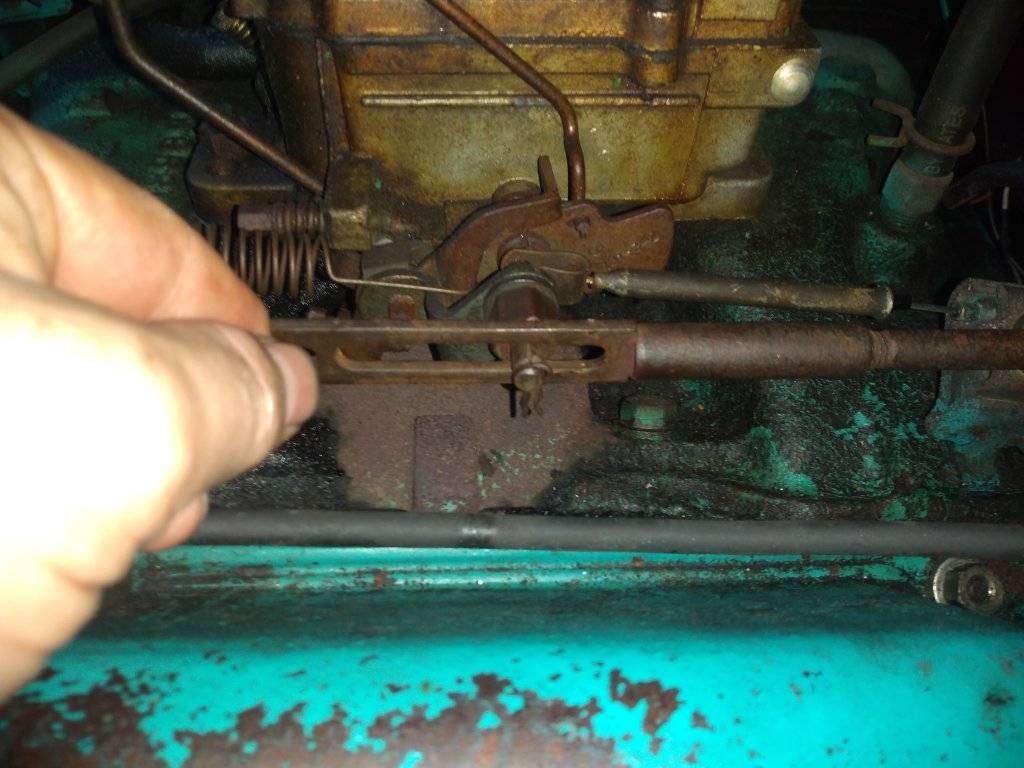 Do I have a problem here, or is the full throttle adjustment info just coming from guys building race cars?

Also, if the kickdown lever is just supposed to be forward against the carb pin why does it need that big slot?

I got your PM that's cool everything is working.

Your pics above look good I have had many the same as yours works above. As long as your shift points are where you want them you are golden. If it upshifts to soon adjust it out 2 turns, if it is shifting late adjust it in 2 turns then drive it. Repeat this until it shifts where you want.

Good job on getting it all back together.

Just FYI: Big Boy in Brooklyn does a cruise night every Wednesday, you should cruise down some week and stop by with the 65.

The stated FSM procedure is good and accurate. The "WOT check" is to ensure that there is no binding in the linkage or artificial "stops" to hinder carb WOT. NOT for adjustment purposes. Now, not knowing this for sure, it could well be that the total movement from the throttle linkage at WOT is almost to the end of the kickdown rod's adjustability. Using that "full open throttle" method might put a bit more preload on the linkage, by default, but I do not know that for sure.

What I did on our '66 Newport 383 2bbl was, with the blessing of the old-line Chrysler service manager at the local dealership, I added an additional 2 turns of pre-load and it raised the min and part throttle upshift speeds a few mph. Just enough to get a bit more acceleration with less throttle input, especially around town, which made the car feel better and enjoy itself more. NO long-term durability issues as this was not a huge change from the OEM adjustment. I did the same with my other Chrysler prodiucts, too, just a hair more pre-load in order to get the trans into 3rd with the engine speed after the shift being 1000rpm. Stopped having to manually shift the trans from a stoplight start situation, as a result. Better if you can get the trans to do the work itself than to manually shift in these situations, to me. That "bit more preload" made a HUGE difference in our '72 Newport Toyal 400-2bbl!! With the 2.7 rear axle ratio, it put the engine rpm back at "idle" after the shift at 26mph, which made any further acceleration (short of the part-thr0ottle kickdown) "on the converter", which was very lazy. With the trans still in second a bit later, accel was quicker and "geared", for less heat buildup and a better-feeling car to drive., by observation. Going too deep on the adjustmet makes the upshifts too late and not feel quite happy at low throttle input, by observation.

Dan, set it to your FactoryShop Manual.
Then test drive it.
Under light throttle you shoyld feel it shift from first to second around 10/15 MPH and then into Drive by 20/25 MPH.
If the shifts are buttery soft adjust the linkage where it is closer to the carb linkage.
Under hard acceleration Drive should shift firm by 40 MPH

The purpose of the mysterious slot is this: Let's say you're at WOT and you take your foot off the gas to slow down. But you just drove over a small tree branch and it somehow has jammed itself into your linkage assembly. Or something in the trans has broken. Or whatever....and the kickdown linkage is stuck at the WOT position and you're still roaring forward because the kickdown is holding the carb open. Oops!

The slot allows the throttle to return to idle regardless of what the trans linkage is doing. Nothing more, nothing less.

I don't see in your pictures that you have a spring that pulls the kickdown linkage forward against the carb pin, so please confirm that you have one. I say that because of the gap between the back of the slot and your pin.

Here's everything you need to know, beginning at 6:00 minutes.

Shifts feel good, & match the speeds from the FSM, so I won't worry about this. Thanks all.

D Cluley said:
Shifts feel good, & match the speeds from the FSM, so I won't worry about this. Thanks all.

Trace 300 Hurst said:
There is not supposed to be any gap. Did you not watch the video? Go to 9:20 and it's fully explained. No gap, and no slop in the trans rod. As the vid says, you'd rather it be a wee bit too "tight" instead of loose/gap.
Click to expand...

Thank you. I seem to have been having a complete brain fart this week. FSM, says to put it against the pin & then lengthen 2 turns. I read that at least half a dozen times, and then shortened it by 2 turns!

Fixed that, and then drove about 100 miles tonight. Everything feels good.

Very good to hear you're all set. Congrats on your hunch to ask about this important adjustment.

No avoiding it; I MUST get NEW Linkage Hardware Now Right? Kickdown Not Kicking.
2 3 4