In an effort to complete the kit for my vacuum trunk setup, I am looking for the grommet that goes in the deck lid by the driver's side hinge arm for a 1966 Monaco so equipped.

The grommet by the hinge arm is round and will have TWO conduit holes - one for the vacuum line, one for the deck lid tail lights. Therefore it is likely a SPLIT grommet. This grommet will be unique to 66 Monaco ONLY, as no other 65- 68 C bodies with a vacuum trunk release system had deck lid mounted tail lights (I think).

As well I am looking for one hinge arm clip and the unique vacuum hose grommet that goes near the latch assembly - it is rectangular with rounded ends.

However, since the Monaco's setup is unique, I'm not sure that there was ever a grommet for the 1966 Dodge Monaco with vacuum deck lid latch release, nor the little rectangular grommet shown in the picture below - if anyone can confirm either way the information would be much appreciated. The parts book is somewhat cryptic...

For the rectangular grommet near the deck lid latch, the parts book lists this:

For the deck lid grommet near the hing arm, the parts book lists this:

Grommet - Vac Deck Lid Lock Tube (Special) 1370 460 Dodge and Chrysler body configurations 41, 43, 23, 27.
I find this interesting since NONE of the Chrylser bodies have tail lights in the deck lid, and hence it doesn't jive if it's a 1-hole grommet.

No hits on the internet or PartsVoice...

Pictures below for reference - the round grommet in this picture only has a single hole for the vacuum line as it's from a 65 New Yorker (no tail lights in the lid). 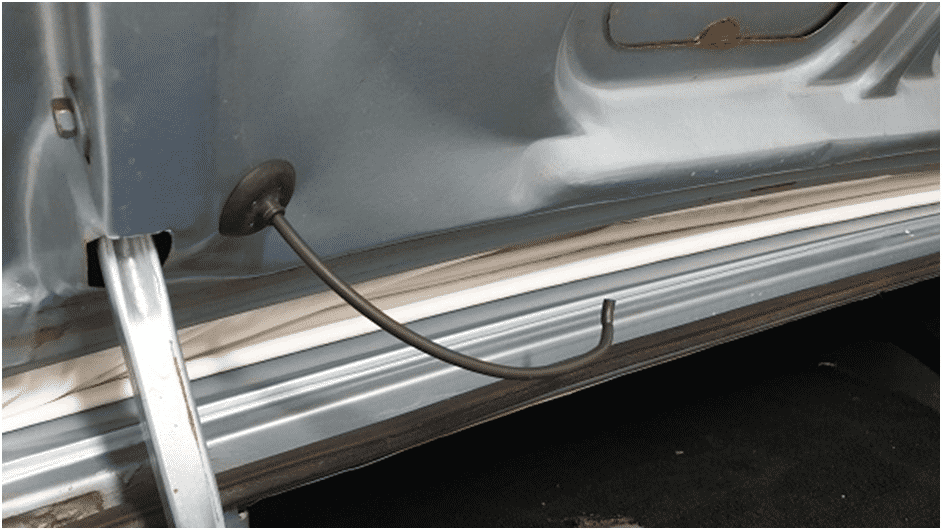 I would think the grommet for a Monaco would look something like this: 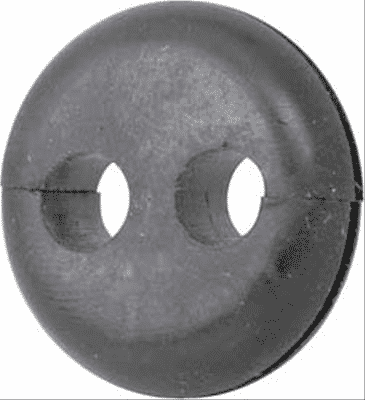 I think (but I'm not entirely sure) that there's supposed to be a grommet for the hole shown here too - if so, this would be found on all 66- 68 C bodies and possibly later. 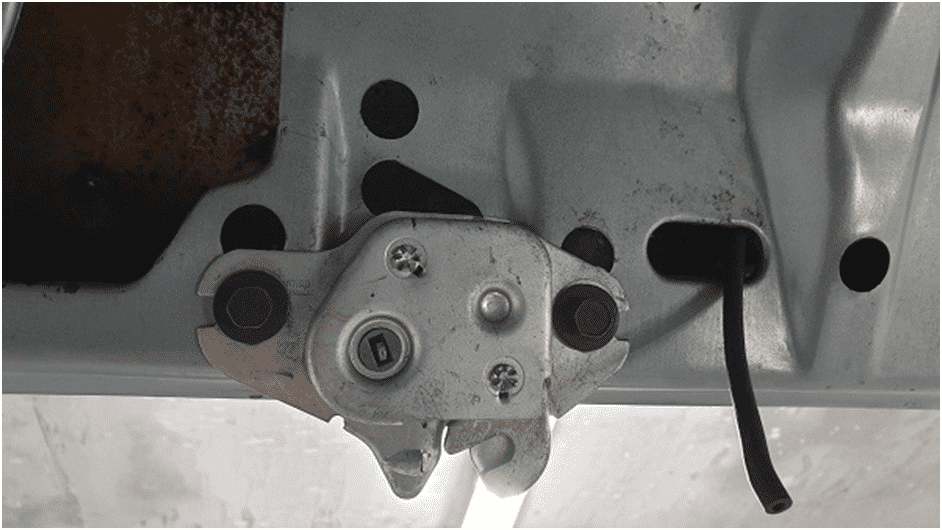 Here you can see the two clips that hold the vacuum line to the lid's arm - I have one, but need another. 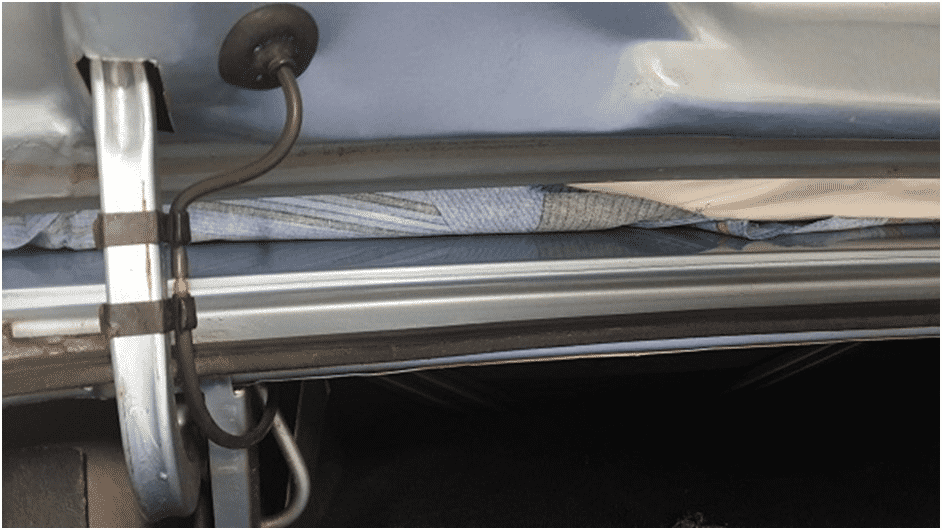 Not cheap... and I wonder if it's the right part... But if it is, it would make a lot of sense that it did double duty as a speedo cable grommet.

I’ve not seen a grommet by the latch. Thinking this over there is no movement of the vacuum line there, everything is fixed. At the hinge area it moves every time the lid is opened, so it needs help to avoid abrasion.

66 fury also has lights in the lid, what other C-bodies do?
66-67 Plymouth belvederes do also, but they have the wires wrapped and no grommet. 66-67 B-bodies never had a vac trunk release option.

It might be interesting to see if that's the same number (1370460) as what your speedo cable is.

They make repops of them.

Also, maybe if you find if the part number has been superseded to another number... and if it has, is that either available in NOS or a repop. It might even be worth comparing the sheet metal hole diameter and then you might be able to use a repop speedo cable grommet, even if it doesn't quite have the same exact look.

Thanks for the replies - I can't see a picture of that 1370 460 grommet, so I can't tell if it's a single or double hole grommet. Nothing comes up on the internet either...

Yea, there is no pic.

The grommet is just a PCV grommet, my car has both factory latch and light. The light wire is just pinched under the grommet, I'm going to move it to in the grommet. 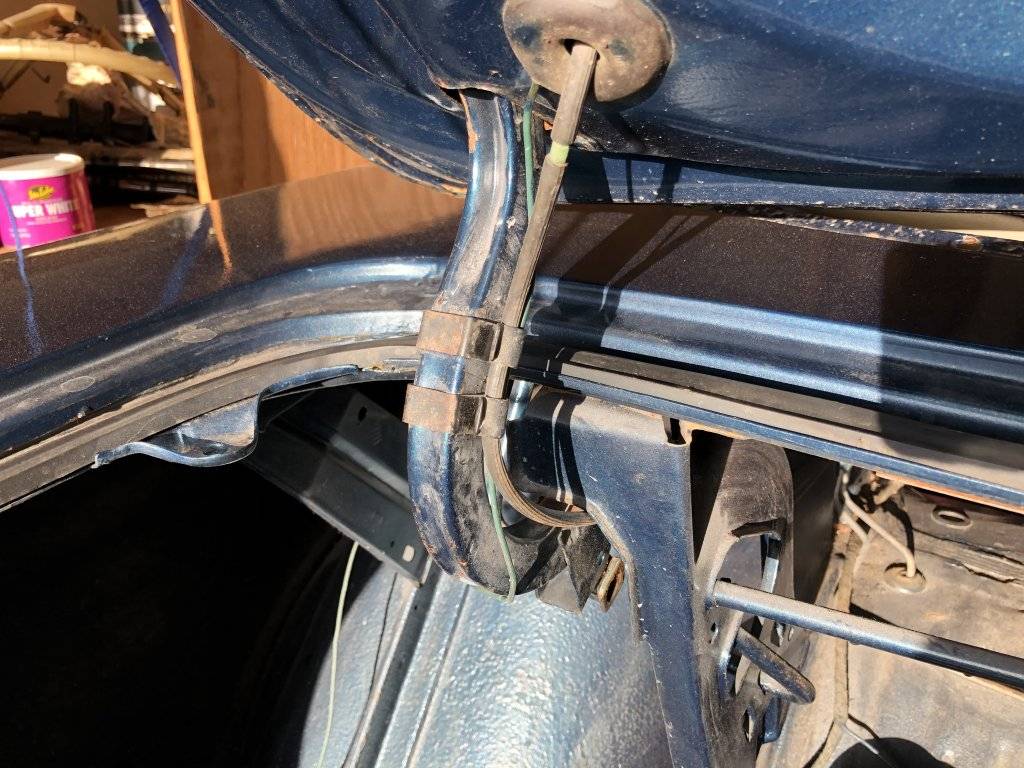 Thanks John - the thing is it needs to be a two-holer - one for the vacuum line and the other for the deck lid mounted tail light wiring harness.

That's if there ever was such a grommet - and as noted above by @413 it may be applicable for the the Fury models as well, since I forgot about those having deck lid mounted tail lights as well.

So - @MrMoparCHP the wiring for the light just goes under the grommet in your case? In my cars, the light is under the dutchman's panel and doesn't go on the deck lid... what's the part number on your grommet? I can't make it out from your photo...

Of course, this is why I put a later model electric latch in mine... LOL.

Ross Wooldridge said:
Thanks John - the thing is it needs to be a two-holer - one for the vacuum line and the other for the deck lid mounted tail light wiring harness.

That's if there ever was such a grommet - and as noted above by @413 it may be applicable for the the Fury models as well, since I forgot about those having deck lid mounted tail lights as well.

So - @MrMoparCHP the wiring for the light just goes under the grommet in your case? In my cars, the light is under the dutchman's panel and doesn't go on the deck lid... what's the part number on your grommet? I can't make it out from your photo...
Click to expand...

My light is in the trunk lid near the latch
Part number on the grommet is 2426712
Not sure what 1370460 is
1886101 is the same as what is used for the vacuum gauge on my Barracuda, defiantly not it (it does have provisions for more than one line). 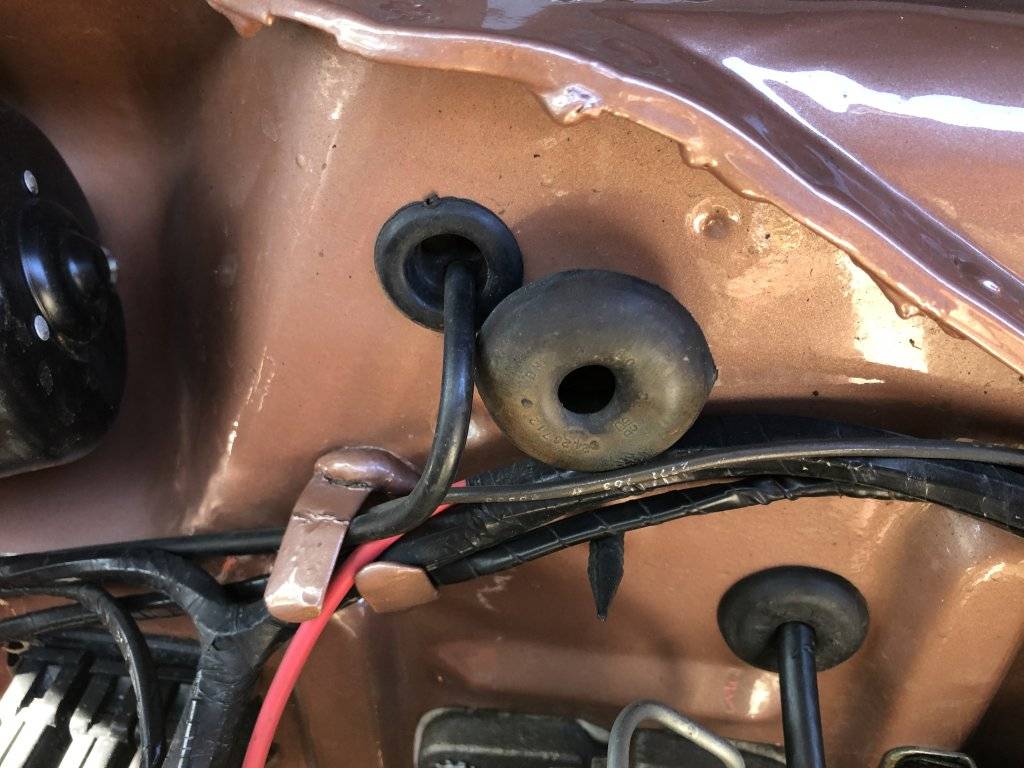 Is your harness more than one wire?, is it wrapped?

Harness going into the deck lid is definitely multiple wires.


Thanks for the info and pics.

Like this one?
Mopar A B E Body 66-76 Foot Pump Windshield Washer Hose Grommet

Thanks - the washer hose grommet is exactly the right idea, but unfortunately is 1/2" too small. Good idea though!

I think the thing to do is figure out the size of the hole and maybe work from there.

There are all sorts of repop grommets out there, not necessarily for Mopar applications, that could fit and look somewhat "correct".

Correction, this is 1 7/8" in outside diameter.

That's my next step. Thanks John!

Did find this: It shows two grommets for a '65. 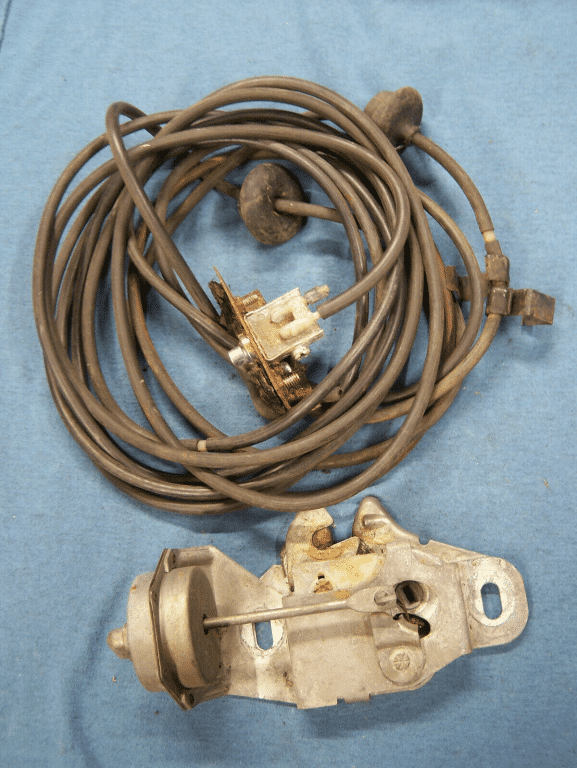 The round hole by the arm is actually not perfectly circular - 1 7/8" x 2 1/8". I assume one would go oversize rather than undersize...

Mine does not have a grommet at the latch, just comes out a large opening. If yours had a grommet it probably was the round hole to the left (right in your picture).