Neither of these 2 grommets are the same material as a PCV grommet either, very thin and chincy compared to PCV grommet

The Monaco's is WAY larger, and slightly oval.

I looked at the part numbers in the 1969 and 1970/71 parts catalog (I was bored yesterday) and they are the same as the ones you listed. That says to me that they used the same grommet for a lot of years.

I can't measure my '70 right now (on the lift with another car under it) or I would do that.

So, it makes me wonder if it's a Canadian car difference... and was the vacuum trunk release optional on the Canadian cars? I'll even speculate if it got punched incorrectly when new.

In looking at the 69 Assembly manual it shows the 1886101 at the firewall for the vacuum source, as I said it is a small grommet.

Looking at the eBay listing above I feel that the grommet by the latch goes in the round hole near the latch.

I'm assuming that you are adding the vacuum latch to a car that didn't have one. Was there a grommet on the harness going into the trunk lid?

No grommet on the tail light harness going into the trunk lid.

FWIW, there's no listing for vacuum trunk grommet for Fury which also had tail lights in the deck lid, and I'm wondering if there simply was no grommet used on Monaco 500, Fury III & Sport Fury, and that the hole was simply larger in those instances. I've owned two '66 Monacos (and parted a 65) and the hole was the same in all three deck lids.

I'm speculating that in your application there was no grommet. 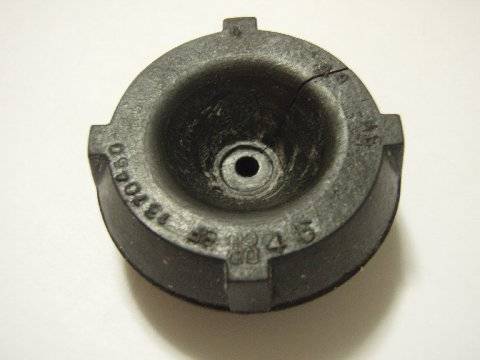 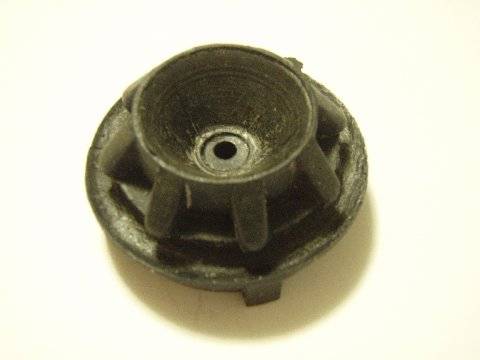 Interesting! Thanks for the info!
J

Hi. The grommet shown in your first photo with the "nipple" style is often times used in other years as an antenna cable grommet. The two holer shown is incredibly similar to the two holer used on my '52 Plymouth Cranbrook for passing wiring and cables through the firewall. Just passing it on as options. Good luck!
K

In an effort to complete the kit for my vacuum trunk setup, I am looking for the grommet that goes in the deck lid by the driver's side hinge arm for a 1966 Monaco so equipped.

The grommet by the hinge arm is round and will have TWO conduit holes - one for the vacuum line, one for the deck lid tail lights. Therefore it is likely a SPLIT grommet. This grommet will be unique to 66 Monaco ONLY, as no other 65- 68 C bodies with a vacuum trunk release system had deck lid mounted tail lights (I think).

As well I am looking for one hinge arm clip and the unique vacuum hose grommet that goes near the latch assembly - it is rectangular with rounded ends.

However, since the Monaco's setup is unique, I'm not sure that there was ever a grommet for the 1966 Dodge Monaco with vacuum deck lid latch release, nor the little rectangular grommet shown in the picture below - if anyone can confirm either way the information would be much appreciated. The parts book is somewhat cryptic...

For the rectangular grommet near the deck lid latch, the parts book lists this:

For the deck lid grommet near the hing arm, the parts book lists this:

Grommet - Vac Deck Lid Lock Tube (Special) 1370 460 Dodge and Chrysler body configurations 41, 43, 23, 27.
I find this interesting since NONE of the Chrylser bodies have tail lights in the deck lid, and hence it doesn't jive if it's a 1-hole grommet.

No hits on the internet or PartsVoice...

Pictures below for reference - the round grommet in this picture only has a single hole for the vacuum line as it's from a 65 New Yorker (no tail lights in the lid).

I would think the grommet for a Monaco would look something like this:
View attachment 512163

I think (but I'm not entirely sure) that there's supposed to be a grommet for the hole shown here too - if so, this would be found on all 66- 68 C bodies and possibly later.

Here you can see the two clips that hold the vacuum line to the lid's arm - I have one, but need another.

Ross, Have you checked www.clipsandfasetners.com ? They have a LOT of oddball Chrysler bits and pieces. Kevin

I poked around - nothing seems to be close. Thanks though!
You must log in or register to reply here.