I thought I lucked out with Cardone points dizzy.

I find this interesting . Bought a Cardone dizzy for points and was happy the cam lobes were much better than the one I replaced. {2 lobes worn down} Was fine and last summer and this summer getting detonation. Part throttle and tip in on the throttle. WOT not so much so I rebuilt my Edelbrock carb as I have never been in it ,,floats were off but fine. 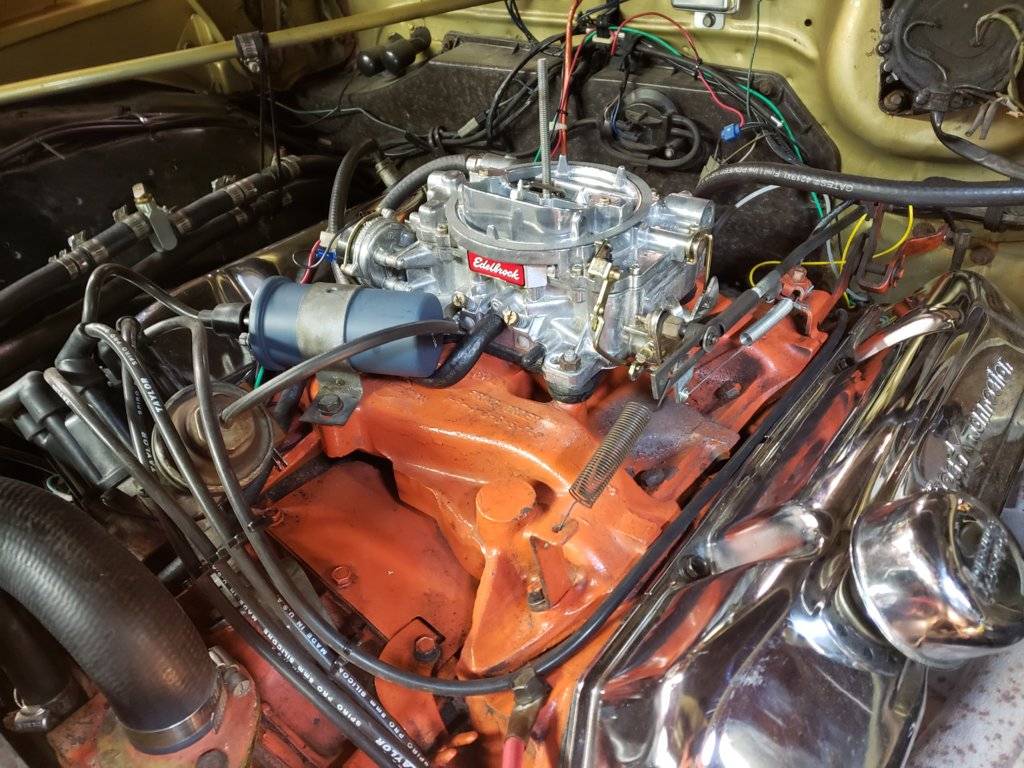 Still a rattle . Rebuilt the carb because there was no rattle before so I thought it was dirty.
Looks good fine,,checked off my list. Removed the vac advance and plugged ,better but still there. Went to my buddies garage to get a metering /jet kit I lent to him for his carb which is the same as mine. I wanted to richen the mix. He says lets check the timing to make sure. Ok ,,set it up base was at 12 ,,,fine and run it up it goes to 35 or so at 2500 rpms and any higher it bounces up to 44! Ok I pull the dizzy expecting to find a dropped /broken spring in the mechanical advance,,,,,nothing ,all good. Thought to look at my old dizzy that I replaced and the same but something was different. 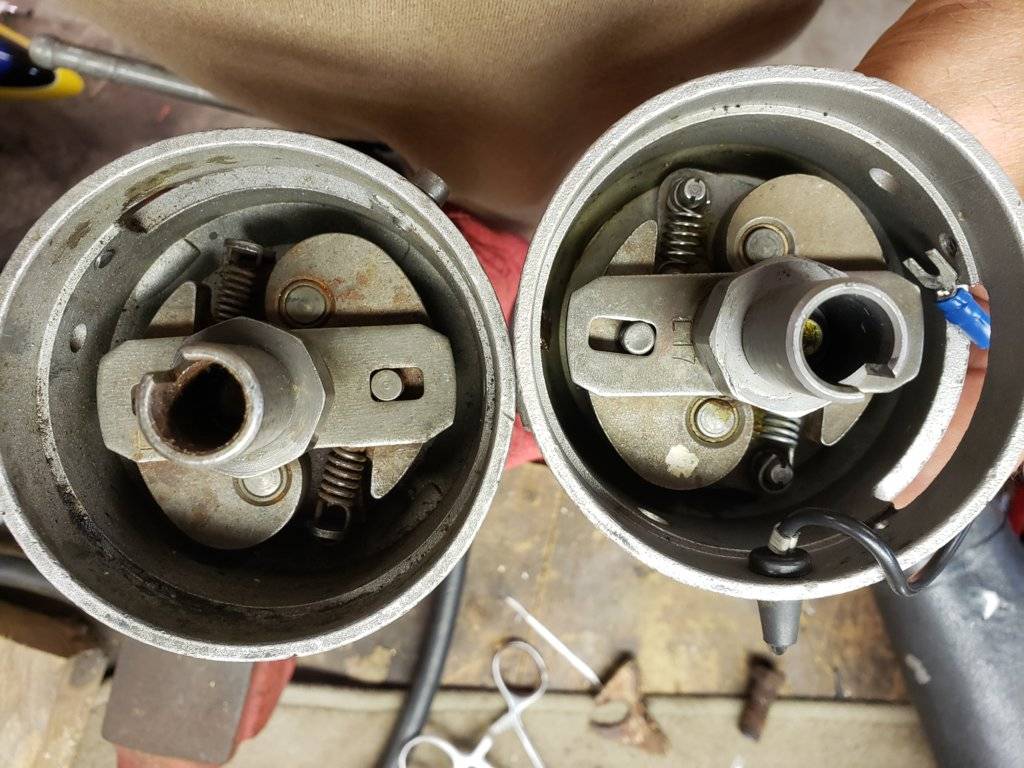 The one on the left was my old one . The one on the right is the reman Cardone one.
I noticed the slots were very different. I sent a PM to HALIFAXHOPS the guru i feel on anything dizzy for our cars. He said the base plate Cardone installed was for 34 degrees on mechanical advance and rather rare. I asked him what could it be for and he said if I remember correctly ,,smog engines and trucks! He said that was most likely my problem. He also advised to try a FBO mechanical advance limiter. Looked it up and although I had heard of such a thing in the past I had no idea what it looked like or how it operated.
So here it is... 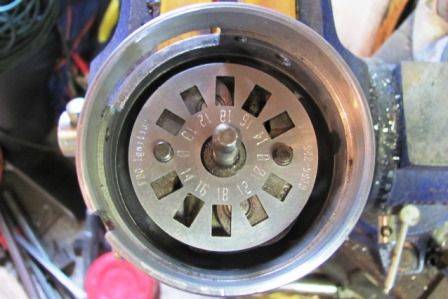 This is set at mechanical advance lockout but you can dial in how many degrees the advance can add. I have one on order and have read good reports from other mopar forums. Nice to be able to have 12 or more base timing and cap it at 34 or so. Sorry if old news . Thanks Halifaxhops!!!
The end,,
Last edited: Jul 3, 2019

Any time My motto FIX THE OLD GEYSER!

I bought one from the same company and it was terrible. Screw for points was stripped right out of the box. I ended stealing some new parts out of it and reusing my original.

It also had tool marks on the shaft where someone had beat hell out of it.
Last edited: Jul 5, 2019

Joseph James said:
I bought one from the same company and it was terrible. Screw for points was stripped right out of the box. I ended stealing some new parts out of it and reusing my original.
Click to expand...

Yes I was warned by folks here and figured I had just lucked out. I also think the mechanical advance was jammed somehow from full throw when I set it up initially. Didn't know Halifaxhops when I purchased the Cardone unit. Never again!!

You have no idea how many of those I have curved right for people. When I get them as cores I just strip them.

Did you get a limiter plate ordered? I have one I could send you..

65Fury440 said:
Did you get a limiter plate ordered? I have one I could send you..
Click to expand...

Thanks man but I already ordered one. I appreciate the offer though. Love your car!

The reman I got from Cardone 2 yrs ago had a bad vac advance when I paid $37 for it from AutoZone. I copped one of their brand new made ones last spring and it has thus far run beautifully, which certainly surprises me, though with THIS Caveat: REPLACE THEIR SINO-SHIT POINTS AND CONDENSER ON DAY 1! I ran their crap for under 10 days when their condenser shorted out on me. I'd already replaced the joke points.

I'll get one of Halifaxhops' GOOD dizzies when this new made Cardone goes south, OR if I just get extra $$ in pocket with nothing better to do with. All told, Cabron's new made dizzie has served me well enough; I have decent pickup when I stomp the gas pedal down to WOT and even scratched rubber a couple times inadvertently. Its worth the $70 I paid for it, but not a dollar more. If you can AFFORD better, get it.
You must log in or register to reply here.

Might be getting back one of my old cars...
2

Hello! Mind if I hang out over here for a bit?