saforwardlook said:
Thanks for your comments David. It is not unusual for temperatures in the Los Angeles area to significantly exceed 100F much of the summer months and hours of extended traffic driving with the standard radiators in our cars with a/c operating causes them to operate above about 210-215F using a 180F thermostat even with clean original cores and fluid fan drives that are also in good condition and shrouds present (actually the maximum temperature achieved doesn't really depend on the thermostat opening temperature choice). That won't necessarily cause the red light to come on but it is too high for my comfort. So I guess "overheating" depends on what the owner is willing to accept rather than whether the red light comes on at least in my case. I run an aftermarket gauge with actual temperatures so I really know what the coolant temperature is rather than just depend on my coolant light.
Click to expand...

What brand gauge are you using? Is it accurate?

I ask because I stuck one on my rebuilt 390 when during the initial break in of the engine, two years ago, it seemed to be running very hot. The original Ford dash gauge is currently running at the half way mark before the engine was rebuilt. The aftermarket gauge is saying 225 degrees and it plumbed in the thermostat housing. I got suspicious and put a 300 degree thermometer into the radiator opening and get 195-200 degrees coming out of the engine. Clearly the aftermarket gauge is off by a wide margin.

71Polara383 said:
Finished up getting the trim installed this morning.

Also I fixed the seat belt retractor. The previous owner knotted the belts for some reason, and it wasn't allowing it to fully retract, thus jamming it up. Untied the knot and now it works.

The car drives quite well. There will be some tinkering and upgrades to be made but overall I think Miss Buttercup is a solid driver as is.

Heading back to the shop now, will be about a 100 miles of mixed driving when I return. 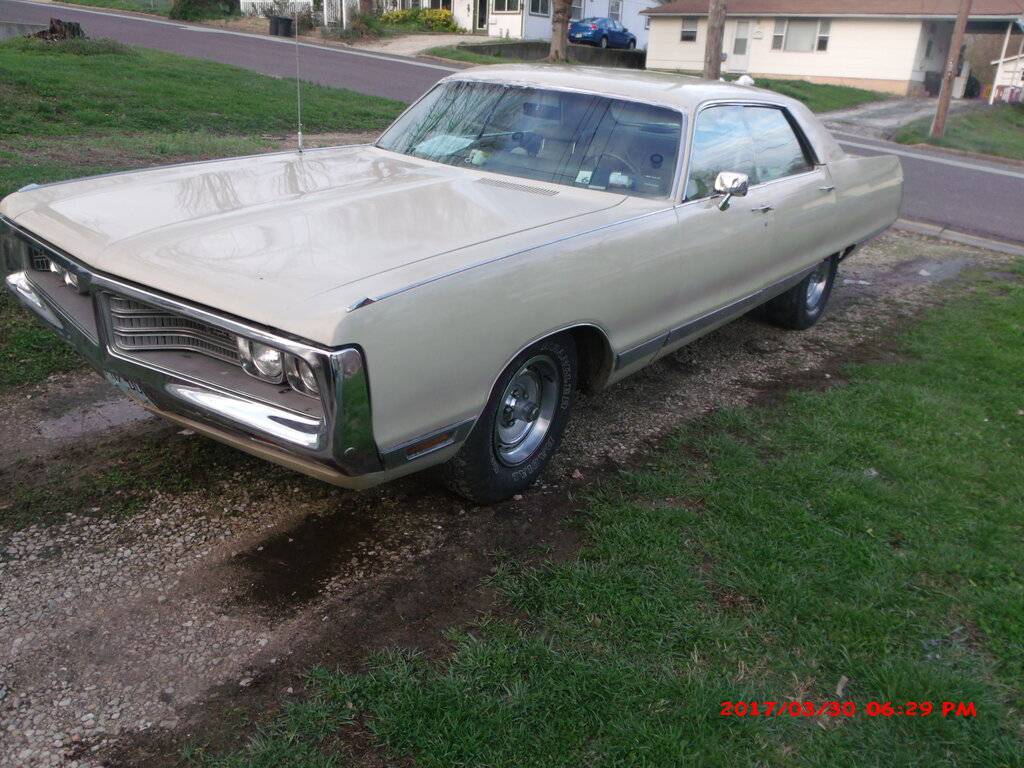 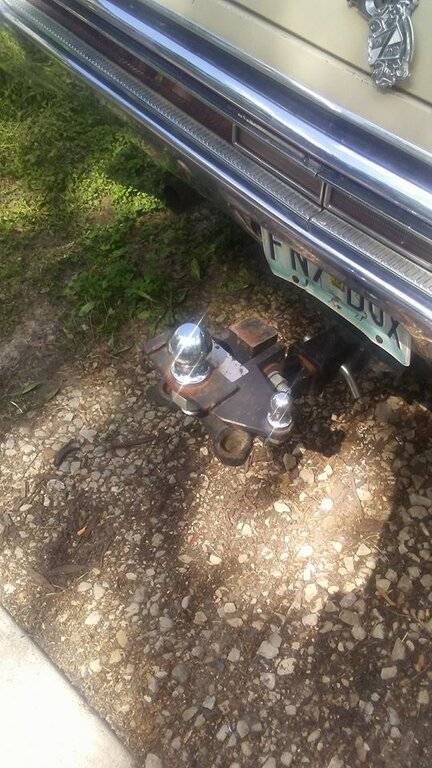 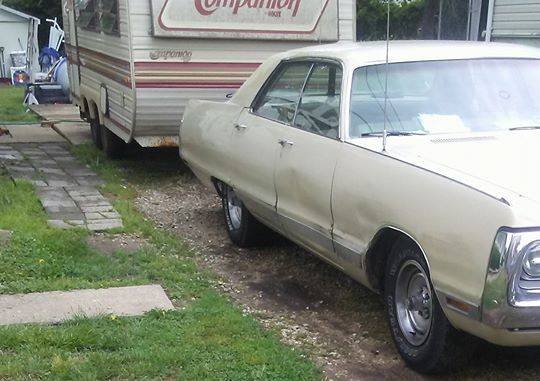 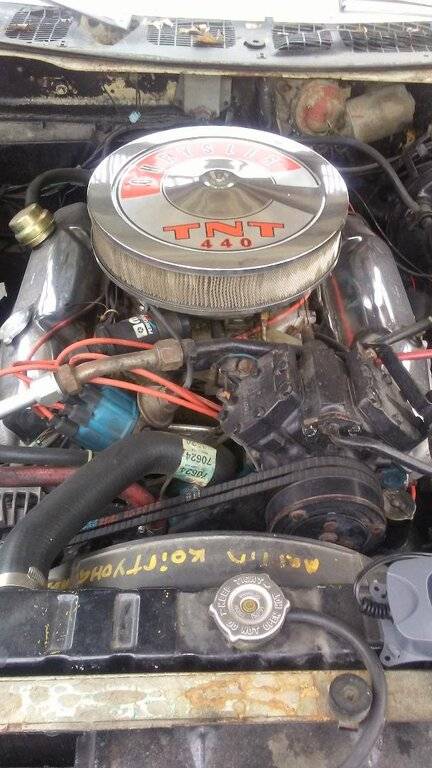 These 72 Chrysler’s are really starting to grow on me

MAGNUM77 said:
These 72 Chrysler’s are really starting to grow on me
Click to expand...

marty koirtyohann said:
sharp i have a 4 door version it was ordered with the A-35 heavy tow option

I have learned some more about Buttercup's history in the past week, following the sad news that the previous owner (whom I was had been hoping to meet in person) had passed away this February.

Turns out that he acquired the NYB in 2003 (not in 1990 as I had been told by his relatives -- it must have been for a different birthday) from the creator of the Molara, a famous 1970 Polara convertible now owned by @JPMODL. That person, whom I met at a recent Carlisle event without knowing that he used to own Buttercup, had acquired the latter back in 1999 from someone in New Jersey. He was planning to use it as a driver and refurbished it, but then he let it go in 2003 to the person from whom I bought the car.

He sent me today a handwritten list of the items that he bought for the car between 1999 and 2003, which is great. They include a radiator previously on a Polara (which I will be replacing in spring), an exhaust, road wheels, etc.
Last edited: Dec 27, 2021

Thanks to @71Polara383 Buttercup once again has a functional horn. The original rimblow steering wheel was cracked in multiple places: repairing it might have been an option except that, despite months of searching, I could not find the switch needed to fix it.

For safety and practicality, I therefore decided to replace it with a 3-spoke wheel from a regular NYer. The « new » wheel is technically incorrect for a 1972 NYB (a non-tilt rimblow was standard that one year) but would have been correct on a 1972-1973 NYer and on a 1973 NYB (the rimblow became an option on the top Chrysler once again in ‘73).

ayilar said:
Thanks to @71Polara383 Buttercup once again has a functional horn. The original rimblow steering wheel was cracked in multiple places: repairing it might have been an option except that, despite months of searching, I could not find the switch needed to fix it.

For safety and practicality, I therefore decided to replace it with a 3-spoke wheel from a regular NYer. The « new » wheel is technically incorrect for a 1972 NYB (rimblow was standard that one year) but would have been correct on a 1972-1973 NYer and on a 1973 NYB (thé rimblow became an option on the top Chrysler once again in ‘73).
View attachment 529112
Click to expand...

My personal view is that rimblows are OK when they were new but with all the plastic junk inside and the complexity, it reflects GM's commitment to long term quality - there was none. I also prefer the feel of the standard wheel's more narrow rim as it makes the vehicle feel more lithe than the wider rim blow wheel somehow and not having a rim blow switch is a plus to me too since they are not all that intuitive to get them to sound off quickly when needed. My hat is off to Wyatt for making the needed changes to accomplish the conversion. I will be going down the same path on one of my cars soon. Well done Wyatt!

ayilar said:
For safety and practicality, I therefore decided to replace it with a 3-spoke wheel from a regular NYer. The « new » wheel is technically incorrect for a 1972 NYB (a non-tilt rimblow was standard that one year) but would have been correct on a 1972-1973 NYer and on a 1973 NYB (the rimblow became an option on the top Chrysler once again in ‘73).
View attachment 529112
Click to expand...

Work keeps progressing on Buttercup, and she is now undergoing road testing by @71Polara383 after getting her radiator replaced. Assuming all goes to plan, I will take her to @sixpkrt 's 5th C-body Show on June 25 and then (if the stars line up) to Carlisle in July.

Here's the story of her radiator. When Wyatt and I test-drove her for more than a few dozen miles at a time last fall, BC's cooling was OK when driving below 60mph but not at higher speeds. My idea was to replace the after-market unit that was on Buttercup when I bought her, by a Spectra Premium CU 332 26-in 3-core radiators as @Trace 300 Hurst has been very happy with his.

The CU 332 looks almost identical to the original 1970 26" rads. I have one in my 1970 N-code Polara 'vert, and it seems to work fine and looks good in that car. At a distance, it also looks fine in the '72. I therefore thought that the SP would work for Buttercup.

Unfortunately, the CU 332 is not a good fit for the 1972 shroud on Buttercup (correct P/N 3443522): 6 studs vs. 4 bolts means the SP wouldn't have worked without first modifying the original shroud. The following pictures show the issue:

Since I had made a deal with @BLIMP to get his 1972 police/taxi radiator (P/N 3574602 -- see details and pics here), I decided to have the latter recored by Tim at Revcore, a specialist shop in Illinois. The 3574602 is a HD radiator and so I chose the "high-performance" re-core. The cost was very high, but I was convinced to do it for a car with a 440 and likely A/C running in her future. 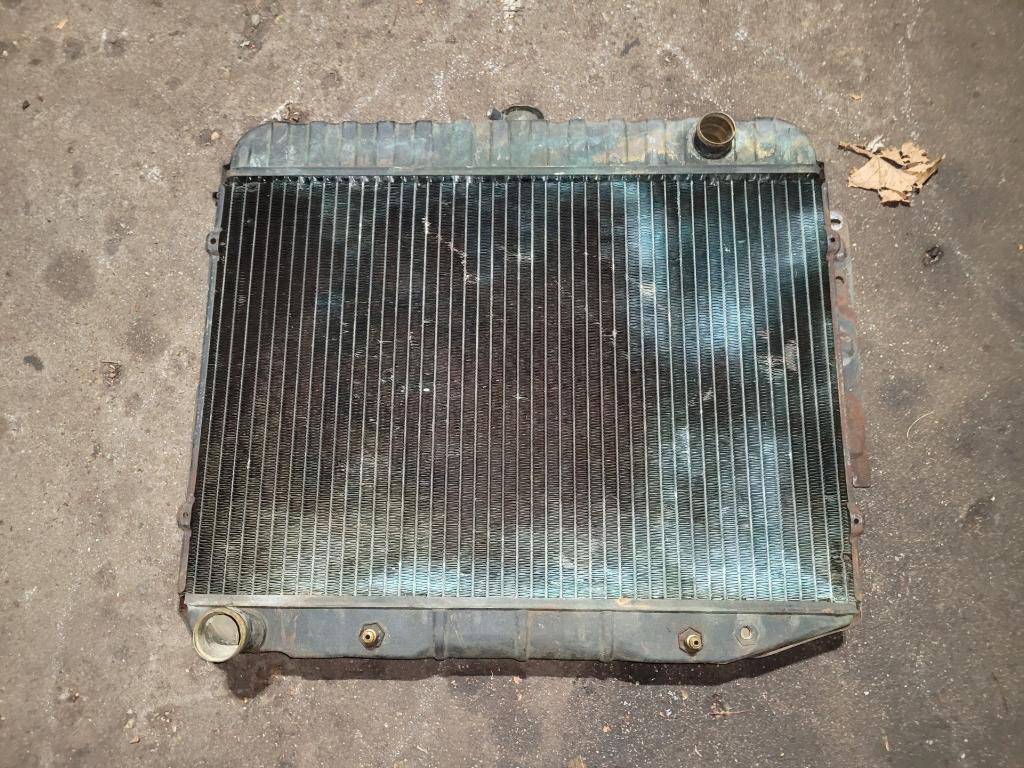 @71Polara383 drove Buttercup around a bit over the weekend, and he didn't see the HOT light once. More testing will be done before Volo, but this is looking promising!

Of course, driving a big 440 means burning gas. Here is the result: the biggest gas bill for which I have ever (yet?) been responsible. 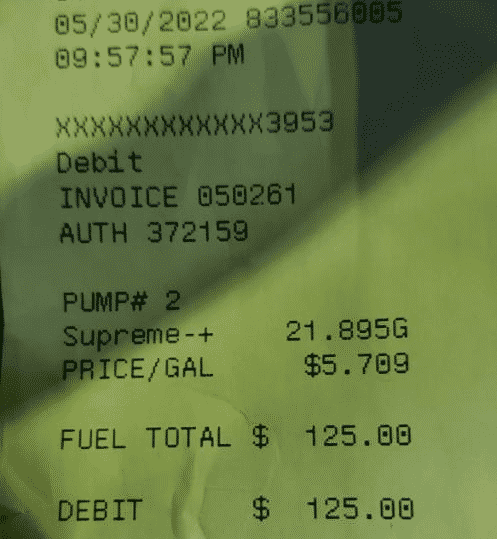 @71Polara383 has reconnected the horn and stress-tested the engine in the current heat wave with the new, correct-for-1972 recored police radiator. He says that Buttercup has the best-cooling big block in our stable. 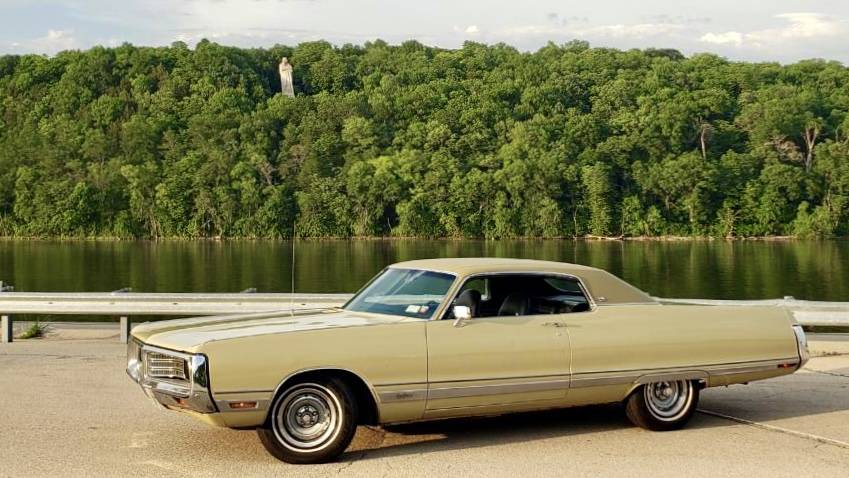 Thanks @wyatt for the picture !

That sure is a beauty.
You must log in or register to reply here.

Crap, rear ended by a Tesla!