Hello All (Happy Thanksgiving to you all from Downunder),
I couldn't find any threads on this question.
In 1970, Chrysler released the "Newport 440" special edition (the A67 option) (see Daniel Bode's wonderful website 'Fuselage.de').
Does anyone know, or has anyone seen the "Front fender Newport 440 nameplates"? I'm wondering if they are the same as, say, the "440" badge that was available on Dodge Coronets. And for that matter, has anyone ever seen an actual A67 car? Daniel himself, hadn't.......nor me quite obviously.
Thanks again.
P

Never seen one I can recall, no one here (in my eight years) has seen one or if they have, they haven't reported a sighting.

The Newport 440 badge, therefore, is still sort of mystery to me. SOrry I can't be more helpful again since I have never seen one in the flesh. 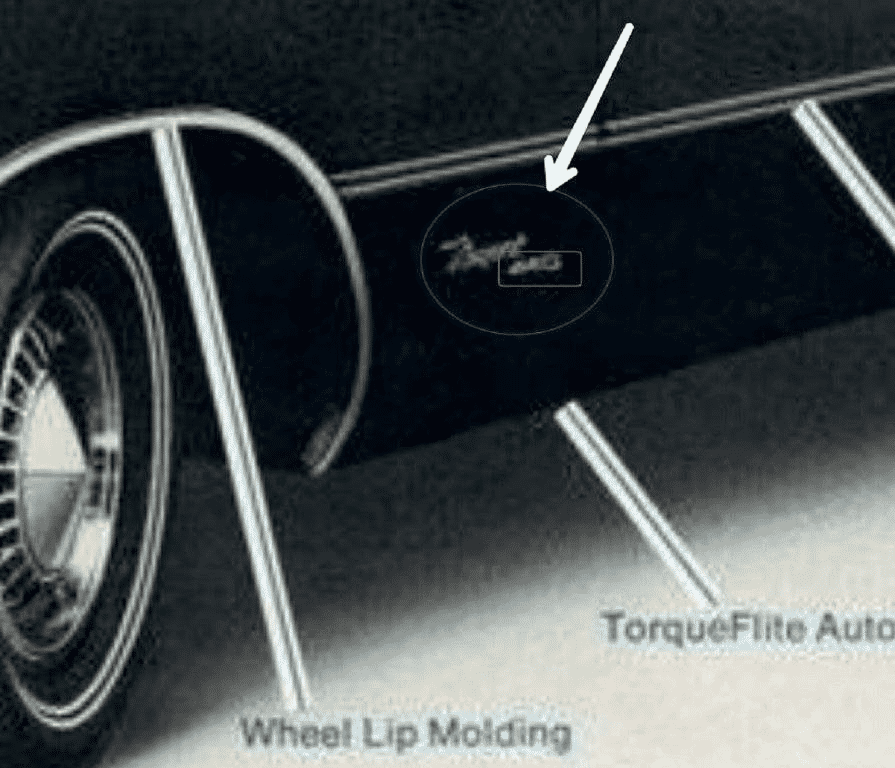 If you find one and don't buy it, lemme know. I will do the same for you.

Thanks for the rapid response "Old man with a hat" (I'm one of those too),
I'm especially in awe of your final offer. Consider it a deal!
As an adjunct to our deal, if either of us even sights or hears of one, we publish the news here.

"Luxury brands" usually did not put engine designations on the outside of their cars. No real need as it was understood that their engines were "big" or "big enough", with few variations. OTOH, there were other cues, as to dual exhausts on most of the HP-engined models. But they sometimes did use air cleaner decals on the top of the air cleaner lid, though, for engine ID. Even dual snorkels, open element versions, AND black crinkle paint.

Now, IF you bought a Chevy, it would have an engine designation emblem on the front fender. So it would be obvious that it was a larger-than-standard V-8 engine. Somewhat similar with Ford. In about '67-'68, it was on the back of the Plymouth hood stand-up hood ornaments!

In fuselage Chryslers, on cars which did not have it standard, the 440 was an option. I do recall seeing Fury IIIs with "360" emblems, though, even some with "383" in the front side marker light.

One wonders if Chrysler's marketing team erred. What kid in a showroom wouldn't have steered Dad toward the model with the menacing '440' emblem on the front fender instead of the 383-2 Pa was lookin' at?
C

Remember, too, that OTHERS had engines bigger than "440". Ford/Mercury had "460", but no outside ornamentation about them. Chevy had "454" (with ornamentation) as other GM lines had their respective "455" engines.

Indeed. I didn't buy the gas, and my own dad always went for the 'middle' engine, never the six or small V8, but never the big V8.
C

to me it was goofier than that looking at what Chrysler's plan was. at outset, I am just reciting what brochures said .. ANYTHING could have popped out of the factory that was NOT on the marketing materials.

Same in 70 you could not a T code in Newport EXCEPT if you got A67, They still specifically EXcluded a U code 440, but kept it as an option in NON A67 Newps.

Whatever the Newport competed with at other OEM's, this vinyl roof/engine size/trim combination, at price points of less that $50 (fifty dollars) apart -- and trying to keep dfferentiation between Newp, 300, and New Yorker ...

Did all those "combinations", and MSRP's less than $100 apart, cause iron to move outta showrooms? I have my doubts.

To keep STANDARD-EQUIPPED Newp competitive, with 455 Buick LeSabres with vinyl roofs and light groups STANDARD, but not outdo a 300/NYR U code that had higher prices to begin with, A67 Newps would not let U codes be ordered.

To your point @CBODY67 .. I can't imagine there were many A67 Newps even made.

Stands to reason, therefore, why A67 Newps are like hen's teeth today -- there were never that many to begin with.
Last edited: Tuesday at 7:34 AM

I wonder why you couldn't order door-edge protectors with a 440?

bronze turbine said:
I wonder why you couldn't order door-edge protectors with a 440?
Click to expand...

somebody decided door-edge protectors, meant something to dealers and consumers, to the extent presence or absence of them -- at certain MSRP's -- made a difference in a purchase decision.

no engineering/technical reason remotely IMHO would explain it .. had to be marketers trying to set price/content points that they believed caused iron to move.
Last edited: Wednesday at 4:49 AM

In 1970 the Furys (Furies?) had 383 or 440 on the hood bulges. Even the police cruisers. I worked in the Trenton, NJ area in the Seventies. At the time I thought there were more Constabulary between Trenton and New Brunswick and Princeton and Hightstown than anywhere in the US! EVERYBODY seemed to have a 4 door Fury. When ever I was passed by a Big Fury I would eyeball the hood. AND the City of Trenton and the State had 2 door Fury sedans. 225s with both 3 speeds and TorqueFlites. I had always wondered if they built a Fury 1 440 2 door sedan. YES! In 1971 I saw a dark color Fury 1 2 door sedan with 440 on the hood in Myrtle Beach, SC! I was in awe! With that big trunk I KNEW what business he was in!

One single black 1970 Newport 4-door Sedan (CE41 U0C) equipped with the E86 engine came to Finland back in the day. It was used by the government, and afterwards had many, many disrespecting owners. I'm not sure if it ever survived the abuse. (Sorry for the OT. I know it was not a Newport 440 this thread is about.)

Profmopar said:
Thanks for the rapid response "Old man with a hat" (I'm one of those too),
I'm especially in awe of your final offer. Consider it a deal!
As an adjunct to our deal, if either of us even sights or hears of one, we publish the news here.

Not sure if this is correct way to attach a link.

This fellow is from Australia and does all kinds of decals apparently.

This was just posted, not exactly what the original poster was looking for, however, somewhat related.

bronze turbine said:
I wonder why you couldn't order door-edge protectors with a 440?
Click to expand...

I would presume the lighter weight of the Newport (vs a NY or 300) + the 440 would allow such speed they might fly off.
U

I had many a discussion with Steve Juliano about a number of mopar related subjects like the thought process behind locating the RTS cars and more.
Sure they made A67 Newport's but like the RTS cars you have to look where they most likely landed knowing the times and car culture of the days - he looked within 300 miles of Detroit and won. Atlanta GA would be another place to look. Lot's of the obscura [sic] ultimately some of the coolest mopar landed like that. It's the factory auction. I have a Detroit connection i will ask about A57.
You must log in or register to reply here.

For Sale Any Of You CA Guys Familer With This Place?