my $0.02. Nothing remotely "political" or "personal" is inferred or intended.

I am in the camp of "ok with me" when are preserving this old battlewagon as a museum piece. Could we be spending money someplace else? Course we could.

Like all things though, what "priority" does a society place on its "history"? If the choice is "feed hungry people" or "paint a 100 year old boat", I feed the people.

Usually though, that ain't the decision we (decision-makers, voters, etc) have need to make. Its even more narrow is a military equipment context .. paint the boat, or order up a new weapon system that likely is obsolete on arrival.

That case, I paint the old boat. Dunno if that example is applied to the Texas, but that's my logic to try to illustrate my point..

Opinions vary .. but that's the great thing about living is a free country

Because it will sink? 0r he who forgets his history is destined to repeat it. Hence the Texas is a reminder of the events.

The USS Texas is in this thread at least 10 times, not including this page. I for one did not know its story/history. Six minute video will get ya up to date if, like me, you didnt know this stuff.

All this moving stuff just happened last week but its been planned for years.

Laid down 1912, the last remaining "dreadnought" style of battleship, fought WWI and WWII, first Navy boat to do this, first to do that, retired in 1947 and given to state of Texas to turn into a museum.

Now a "floating" museum. Over 100 years in saltwater, however, took its toll. Basically, it was rotting away faster than it could generate revenue to cover the expense of keeping it up.

It was sitting on the bottom in mud, not really "floating" but leaking like a sieve -- recently a 5 foot by 6 foot hole opened in the hull allowing in enough water that it nearly rolled it over..

A decision was made, in the prioritization of public funding, that it had to carry a large part of its costs I guess. End of the day, it was not gonna make it.
Somewhere past decade or so, it became apparent IF it was to continue to live on as a museum piece, it had to be repaired. How much ($35 million)?. In that decision, they had to decide to keep it floating OR create a permanent dry dock for it.

They chose the latter .. but where to move it? Can it even be moved (without it sinking/blocking Houston Bay) from where it is to wherever it would be dry docked? Who has to weigh in on the plan? Nine minute video and that comes into focus.


They apparently have four proposals for permanent dry dock. These look similar in this pic, but video above shows the differences in the four ideas they are studying. 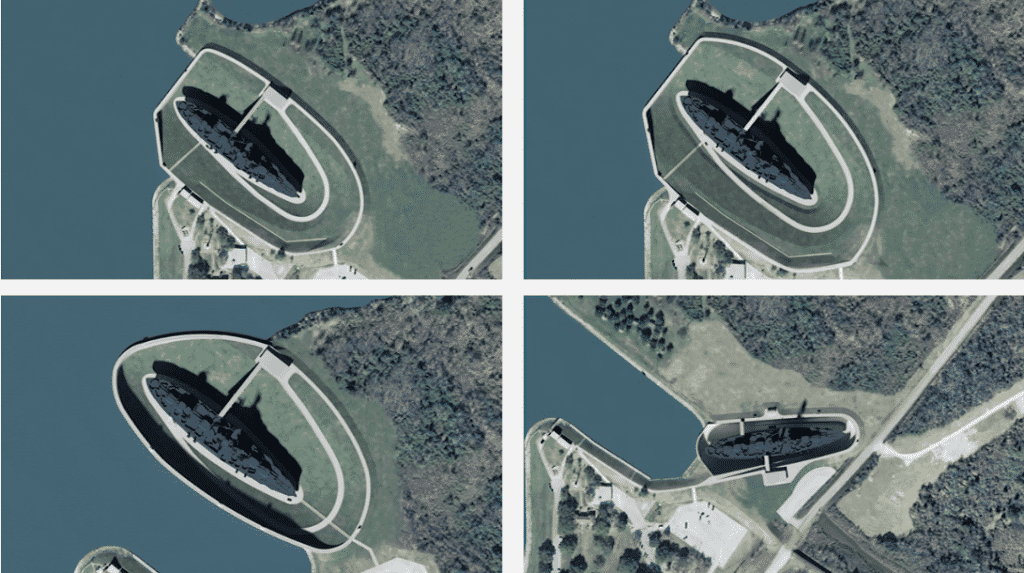 Other photo is last week in tow to dry dock to fix it, so they can move it again to its permanent home. 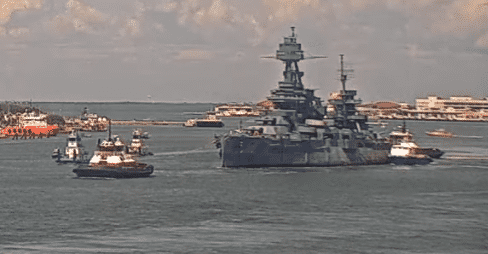 Video below (2:30), shows a "heavy metal" project in itself -- how they will permanently dry dock it when they finally pick a place for it. 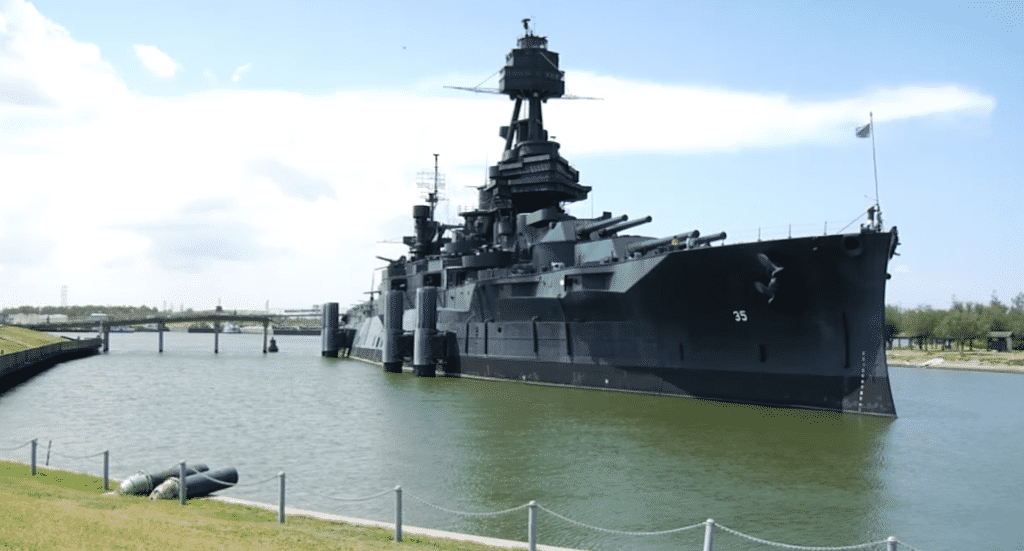 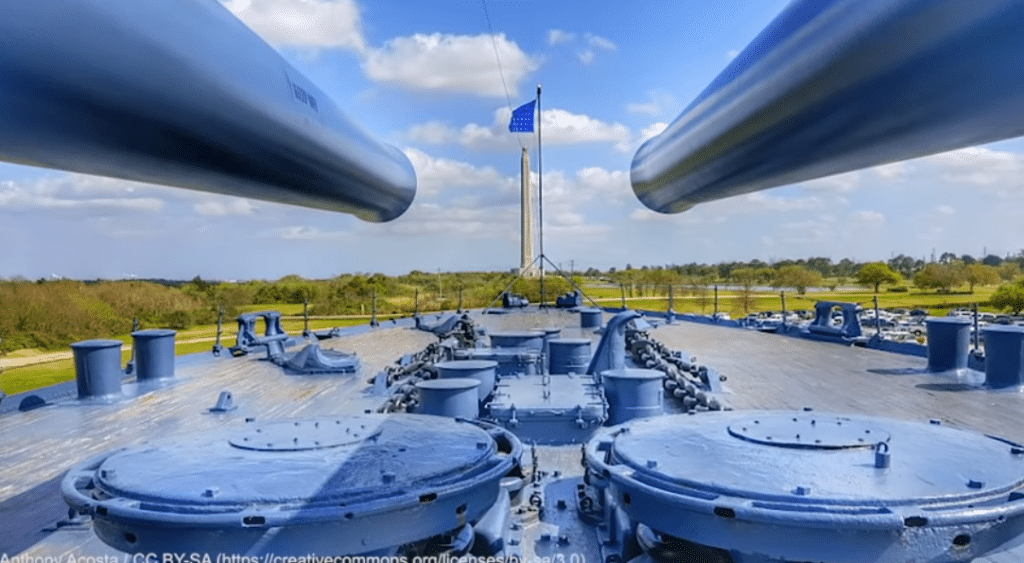 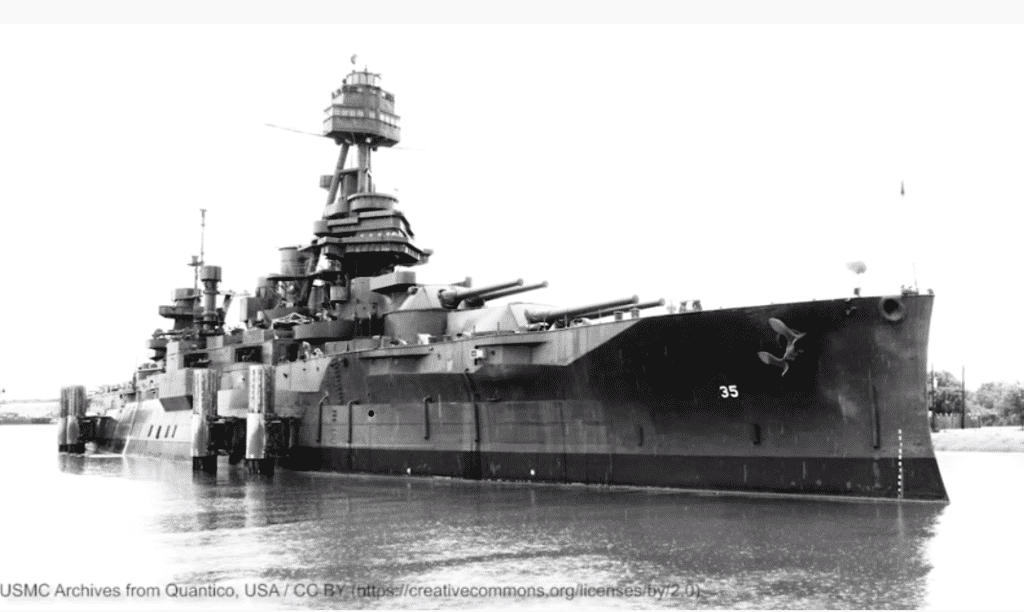 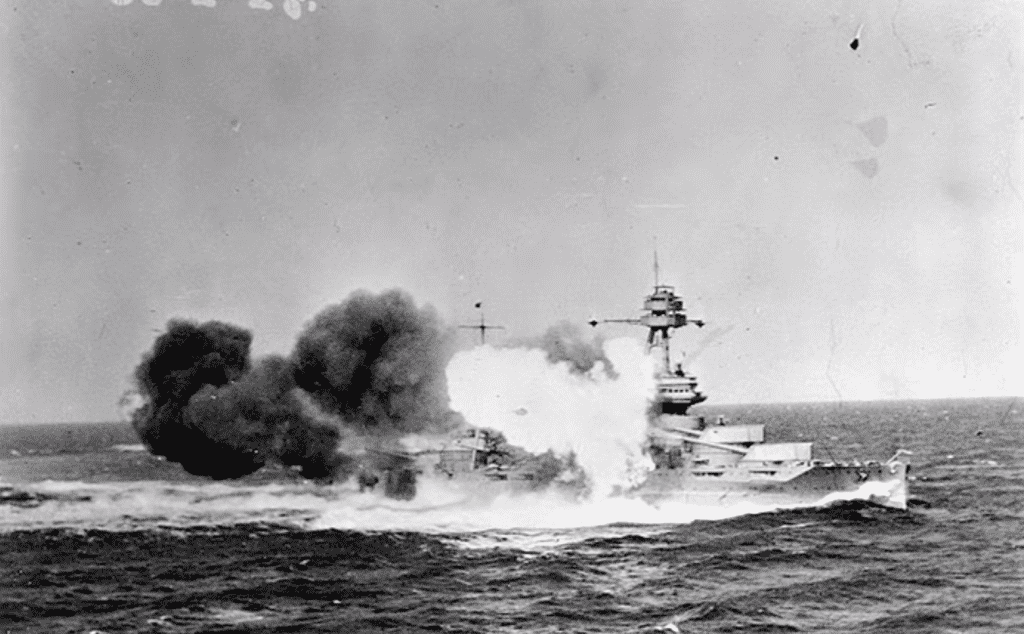 My vote on the Texas?

Now that I know more about it, heck yeah save this boat. And they are gonna try to do just that and hopefully make it last another 100 years in permanent dry dock.

Yup, it's just a "thing" .. but in the pantheon of "things" in human history we can/should hang onto for our descendants to learn from, its up purdy high on that list to me.
Last edited: Sep 10, 2022 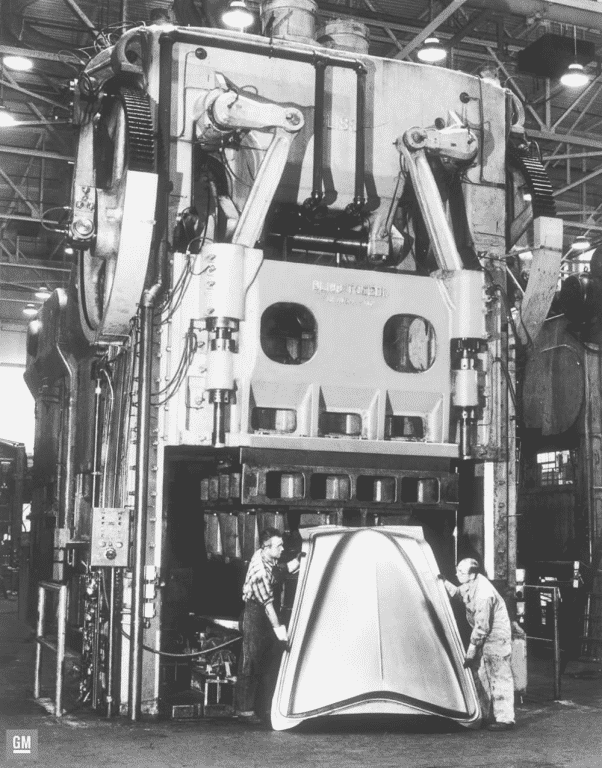 It’s the only dreadnaught that still exists from that era.
I would like to see this machine when it becomes available to visit.

Rocketdyne RS-25 engine "hot test". It must run on a test stand for a full eight minutes like each engine has to do on Artemis. Date is March 2022.

This is the upgraded engine that was used on the space shuttle but now intended for the SLS. Rocketdyne has made improvements in performance and manufacturability vs. the older design used in the recent scrubbed launch.

Video is sorta nerdy -- there is a stream of explanatory dialogue scrolling at bottom, otherwise its eight minutes of fire and noise. One engine is 12 million horsepower though -- and it takes four PLUS booster rockets to get Artemis off the ground.

Oh, what looks like gas leaks is "steam" coming off the engine plumbing while its runnin.

Its LOUD .. so watch your volume. 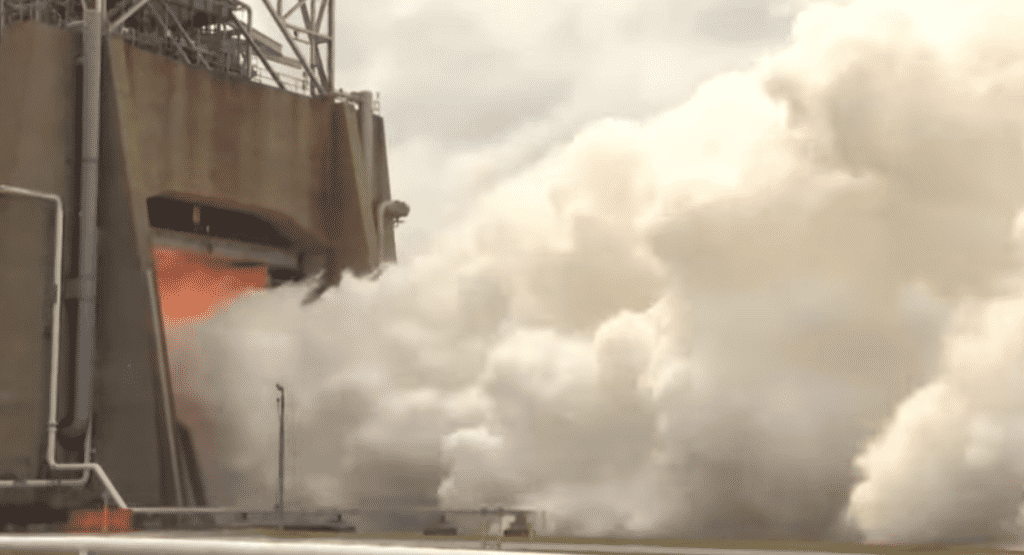 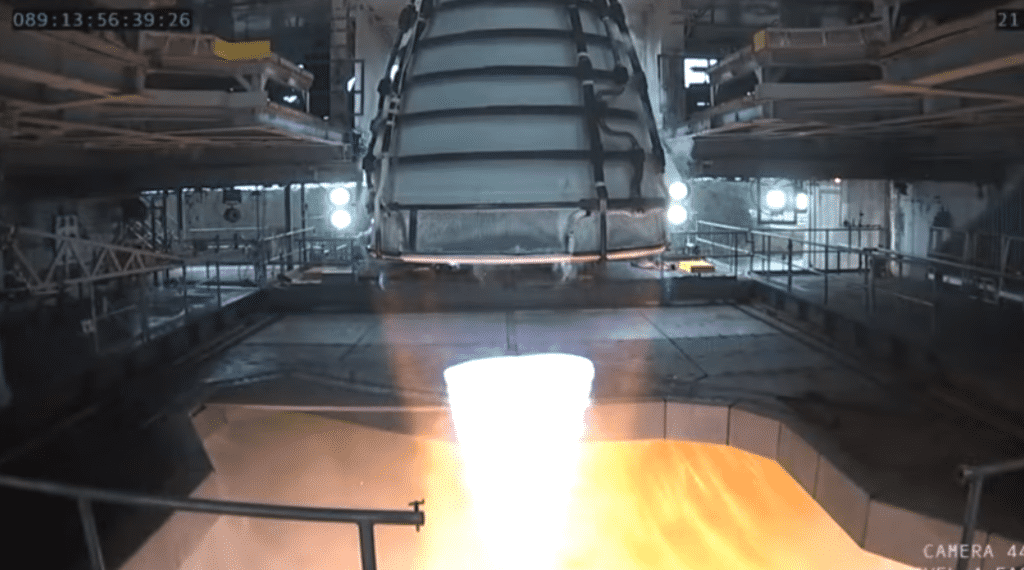 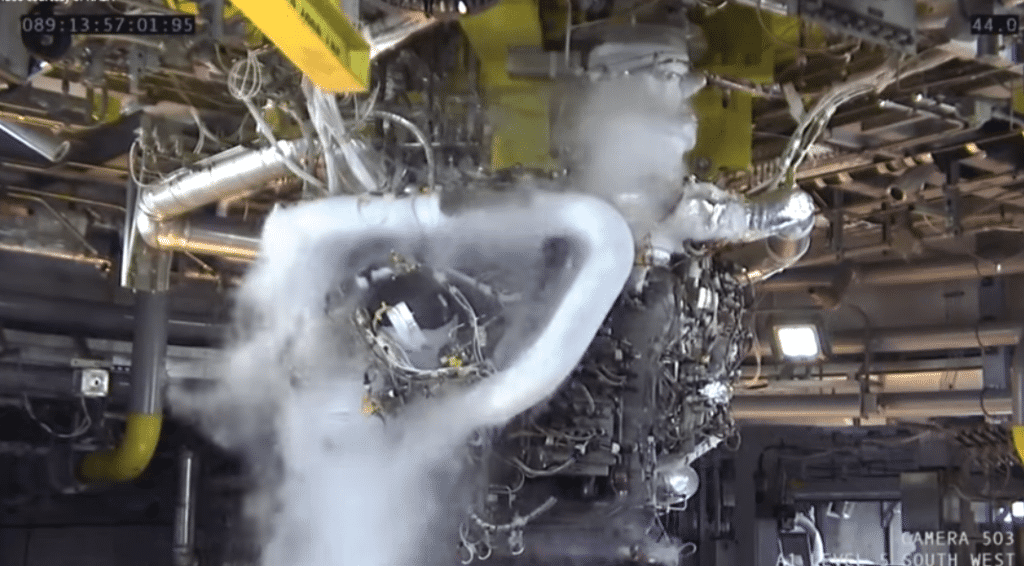 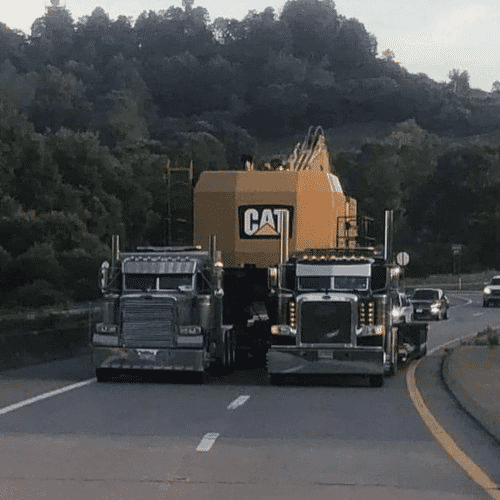 No load left behind.

How, or did they, get their truck out?

Pics give your the basic situation.

Vid interesting but way too long to me. You can skip ahead to 23:00 and watch last two minutes or so and see what happens. .. 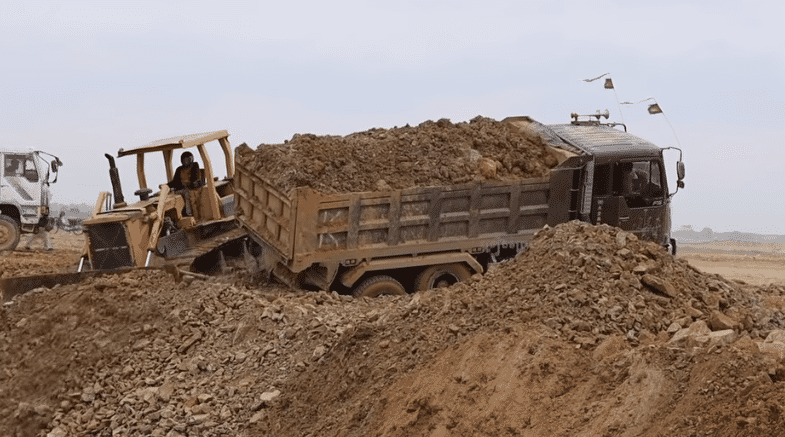 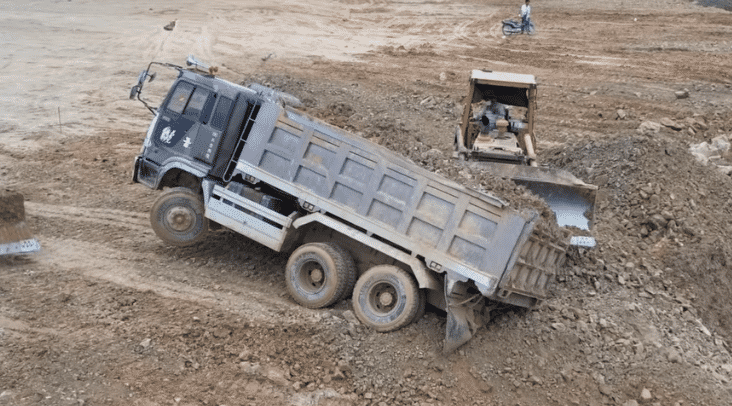 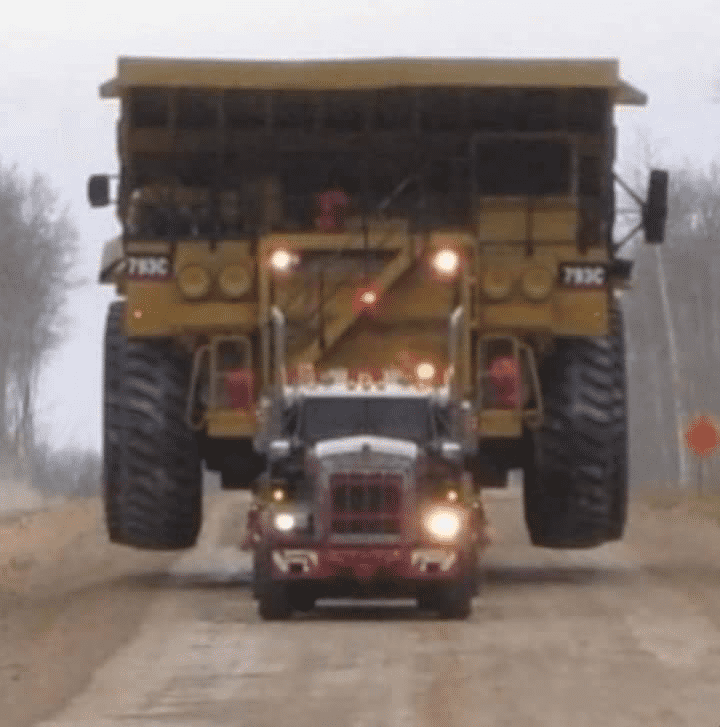 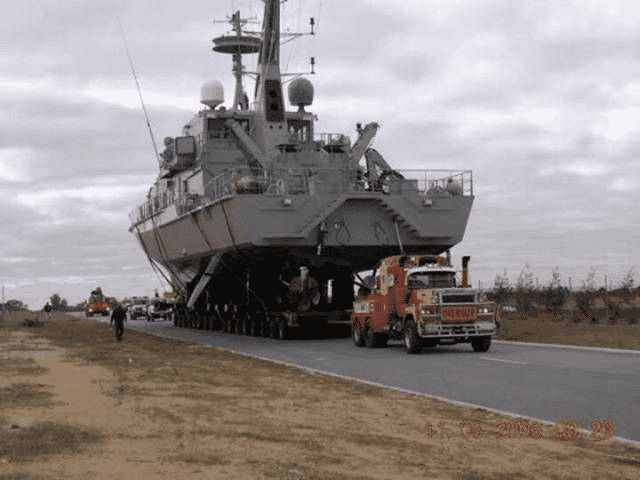 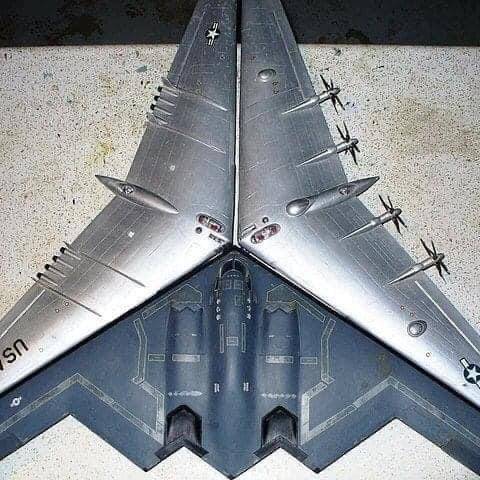 The Flying Wings .. we have these sprinkled throughout the Forum but none in Heavy Metal thread. 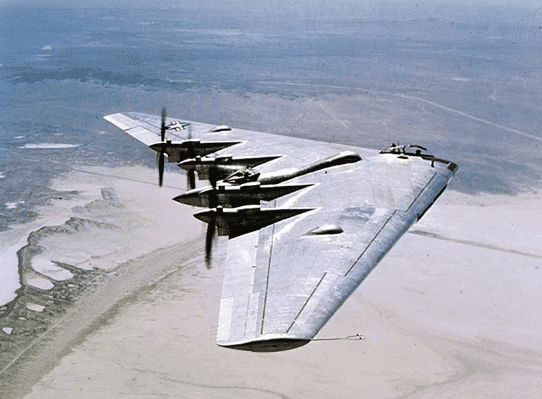 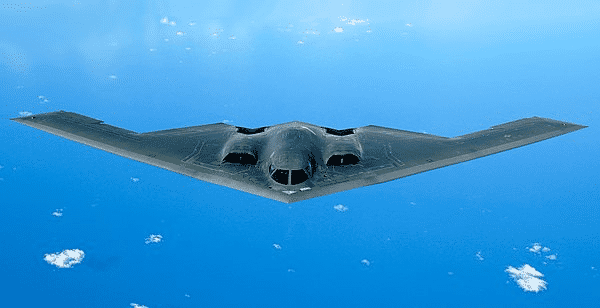 amazinblue82 said:
The Flying Wings .. we have these sprinkled throughout the Forum but none in Heavy Metal thread. 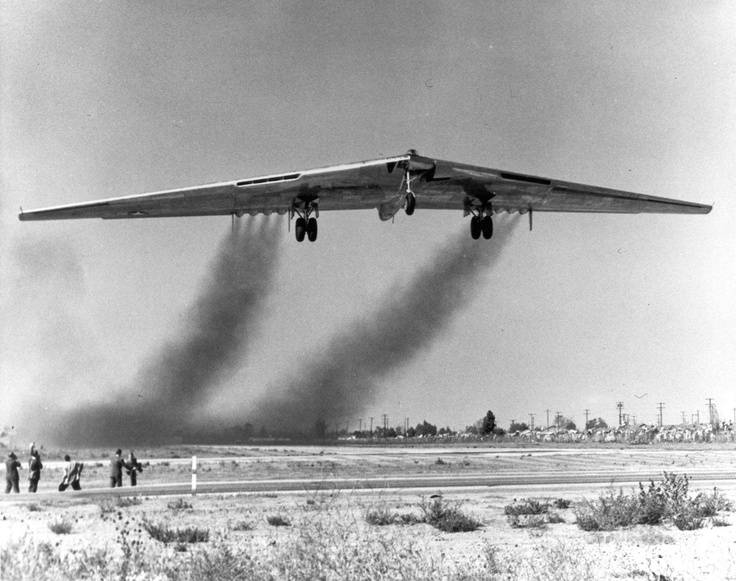 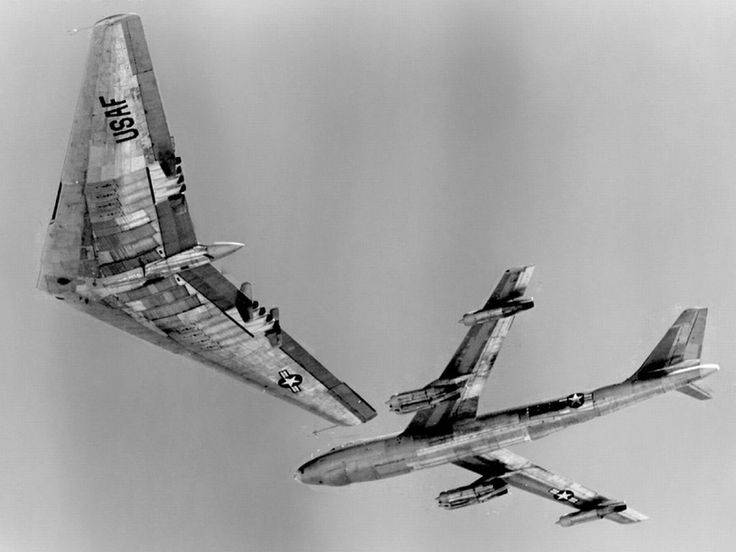 An ex-Victorian Railways GM-EMD "T341" locomotive being moved in Australia. An Electromotive diesel electric (Model G8) last made in 1965. About 70 tons, so easily dragged by truck. though you dont see that every day. 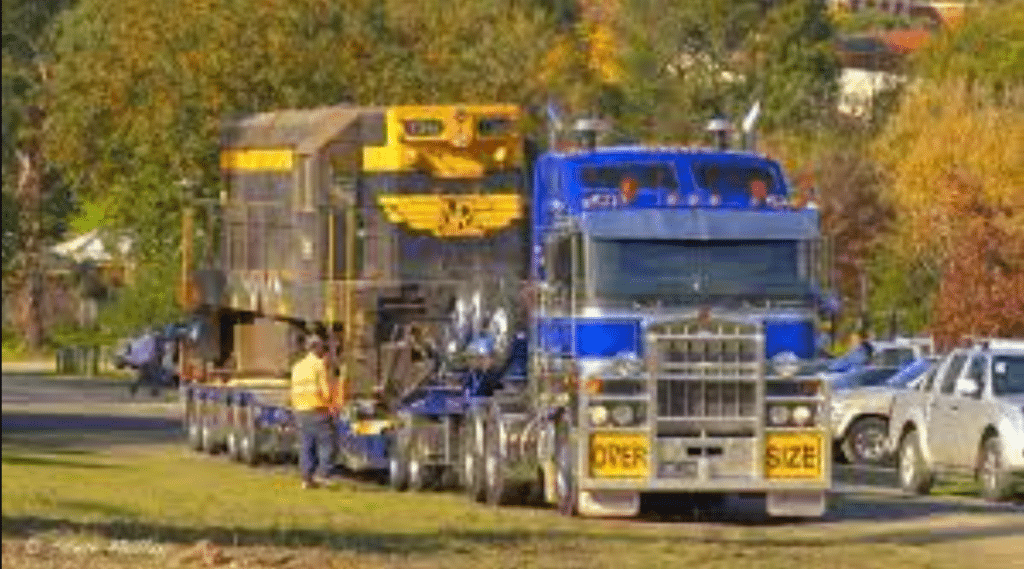 Example of one below, number T320, for some perspective. It;s a full-size rig. 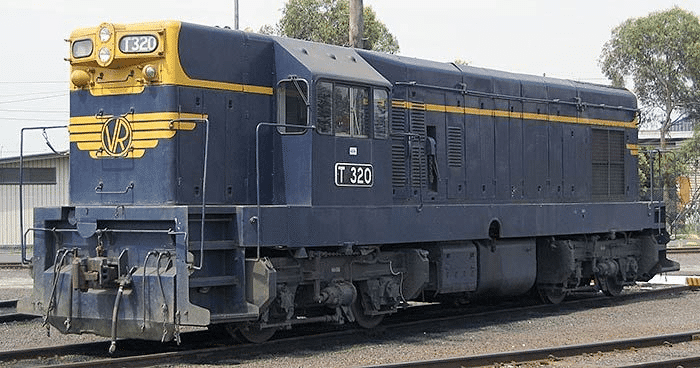 A ship hull dropped off at scrapyard 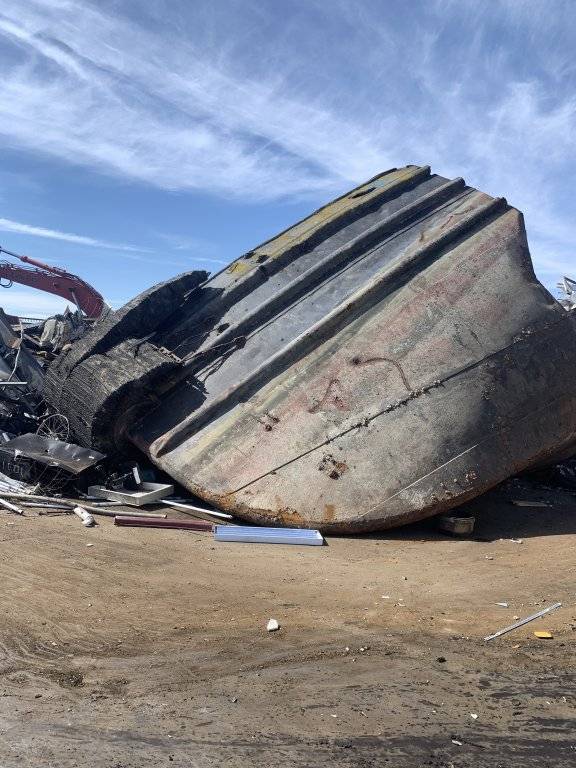 Saved this from scrapyard
Some crAckhead sold it for scrap brass
35 lbs of brass empty
7 inches around by 41 inches tall.
Had a loading date of 1914
Then another reloading date of 1916 patronenfabrik
I bought from scrapyard and sold to military museum.
Museum said it belonged to a WW1 German
Battleship gun.
To size the shell up that is a dishwasher to the left of it. 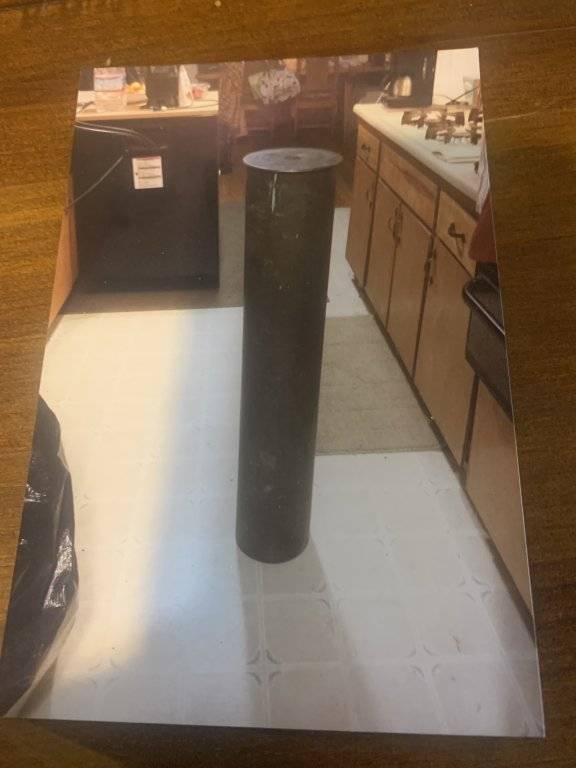 nice find
You must log in or register to reply here.