I'll place a video if needed but I'm lazy. 10yrs ago, I put a new starter, new wiring with Ford solenoid, then changed starter again 6yrs ago but no change. I put about 500 miles a year on it. Always starts great when cold. When its warmed up, usually starts fast with no wierd noise.

But a few times, it'll go rerr,rerr, rrr slowly like its a weak battery, then rerr, kerchkerchkrech at the same time a clickity click, then rerr, rerr, rerr fast, then vroom! All in less than 5 seconds. Its been doing this sometimes, ever since I can remember. Battery is 5yrs old and charging system is in good condition but it did this 5yrs ago when battery was new. I'm hoping its not the starter connecting then disconnecting then trying to connect again grinding on the flywheel until it meshes into the gears.

I checked and connections are tight. Car was rotted when I got it and water rotted the firewall and electrical connections which I thought I fixed (without taking the dash out). Maybe ignition wiring or switch is disconnecting and connecting? Whats the best way to clean the keyed ignition path? Maybe a tooth is missing on the flywheel? What's the easiest way to check if my flywheel is OK? Thanks
Last edited: Oct 8, 2022

G'Day,
Visual Inspection.
There's a "Half Moon" Inspection Plate / Dust Cover on the Lower Front of the Trans Bell Housing.
If You Remove That You Should be Able to See Any Worn / Broken Teeth on the Torque Converter / Fly Wheel.
Keep in Mind That the Engine Only "STOPS" in Three Places so Not All the Teeth Maybe Worn.
Check Carefully.
Regards, Tony.M 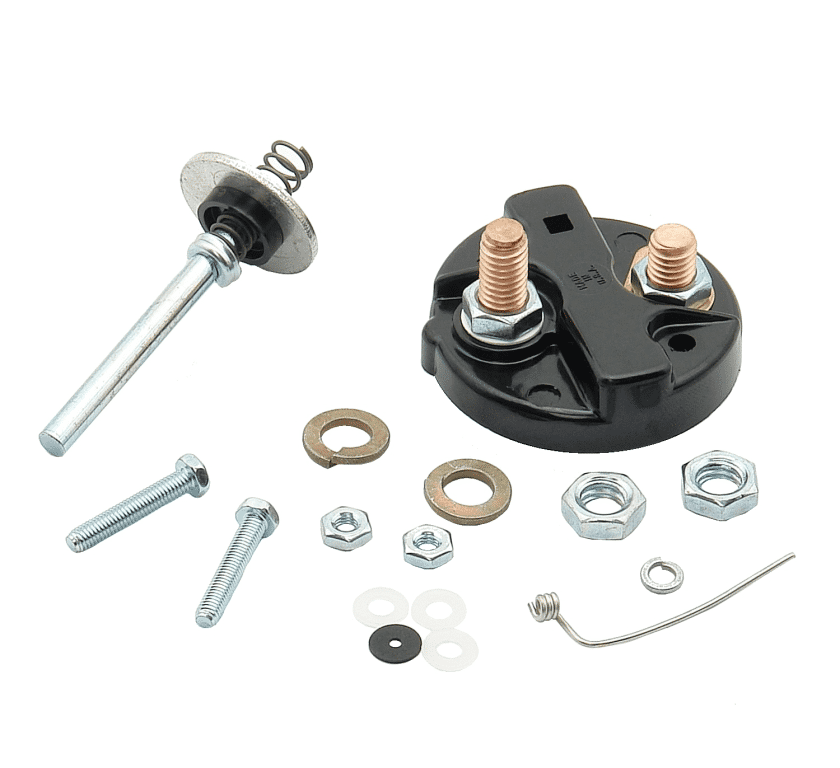 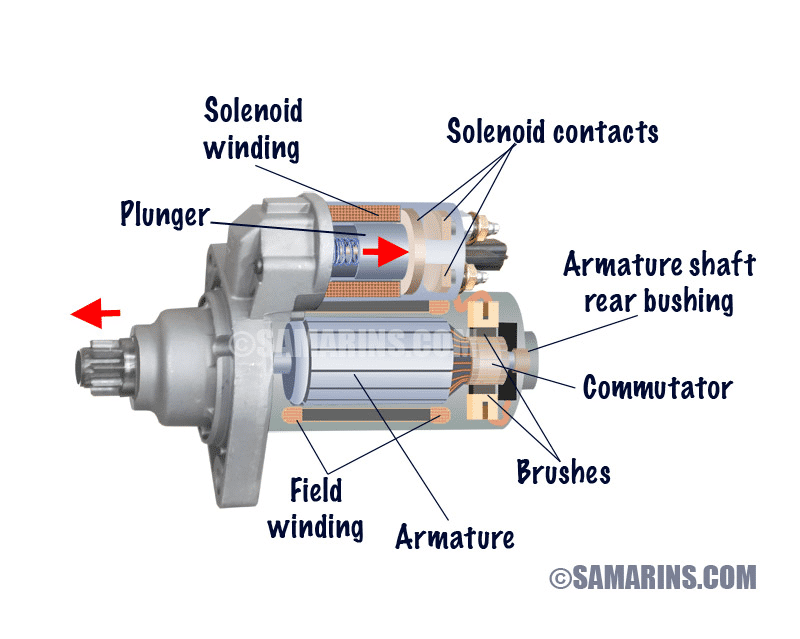 Battery has to be properly load tested, even brand new one can be junk, I've been there.

If you've got these troubles at normal battery voltages, the trouble would be in the solenoid contacts that are usually quite fried mostly on account of weak/dying battery issues.

A dying battery = lower volts while cranking = higher amperage across the contacts for a given wattage, which eventually destroys the solenoid contacts to the point that they melt together causing endless starter runaway that can only be cured by disconnecting the battery.

Why the Ford solenoid?

What car? What Engine/trans? What starter? Lindsay

1970FuryConv said:
Why the Ford solenoid?
Click to expand...

Ford has a fender mounted solenoid - I also worked at a starter/alternator rebuilding shop for 2 years as "light duty" on my out of professional repair work - because it doesn't have one on the starter.

There's no foreseeable reason to have one used in conjunction with the Chrysler gear reduction starter, or the older Mopar - made by Autolite - unit with round solenoid on top with unique rubber boot that were typically still used on Wideblocks and on truck applications until much later than the ploy to end the poly.

A super article on Chrysler starters.

Back to the Ford, a very weird starter... (Ford = just not for me, the sanitized version), in fact unique as far as starters go but it's interesting to note no one has copied it, while all Japanese starters are miniaturized version of a Chrysler Gear Reduction starter, unveiled in 1962, another Chrysler 1st in a long line of Chrsyler 1st's, the 12V stystem alternator in 1960, while "more better" Chevys went on to have a generator for several more years.

Chevy still had engines with splash lubrication when Chrysler was running letter series at the Salt Flats... but I digress.

To me, the sound of a Chrysler starter is a portent of good things to come, quieted only too soon by the starting of the engine.

The sound was criticized by all Chevy/Ford owners, who actually feared it, it's a Freudian thing.

If you have an old worn starter you get that spinning sound as the drive slips and the drive gear teeth stopp sipping the flywheel (your overrunnning clutch is failing), and do yourself or at least the car a huge favor, wait til the racket is over and the rotating mass of the crankshaft etc has stopped spinning before twisting the key to the crank position again, or you'll hear comments from your friends and loved ones like "grind me a pound" as you annihalate yet more worn old teeth on your torque converter or flywheel ring gear... but not to worry, with an acetylene torch set and a "rosebud", you can heat the flywheel ring gear, remove it, and replace it with a pre heated new one which will shrink into position providing an "interference fit".

There's also end play to consider, too much end play makes for a freer spinning unit, takes longer to come to a stop.

Then the nose cone and end plate bushings, are they worn so low that the armature field coils are dragging on the pole shoes?

Rebuilding a starter involves cutting out the old bushings, often in a "blind hole" like in end cover, driving in new bushings, making sure the armature is straight - spinning it up in a lathe - and not shorted, machining down the commutator if there's enough copper left, then undercutting the separating segments and polishing, checking pole shoe windings for shorts, new solenoid contacts and you're done and off to the test bench.

If you're using a Ford solenoid instead of the Chrysler starter relay, it would work fine, otherwise it could be your problem, using the extra solenoid.
Last edited: Oct 10, 2022

@Loadrunner
So I guess we need to know whether the Ford solenoid is in place of the Chrysler starter relay or in addition to it.

Thanks guys! The Ford solenoid is connected to the positive terminal on the Chrysler starter. From what you guys said, this maybe the reason for this weird problem? (see pic). I went thru 3 mopar starters in 5yrs. Had it with not starting when hot, so I put a Ford solenoid on the fender and never had that hot starting problem again. That was 10yrs ago.

But from what you guys said, I guess the problem is that the Ford solenoid has to go thru the crappy Chrysler solenoid which burns out prematurely due to its located an inch from the heat of the engine (a poor design). So if I totally remove the Chrysler solenoid and wire it directly, it should fix this problem, correct? Thanks for your help! 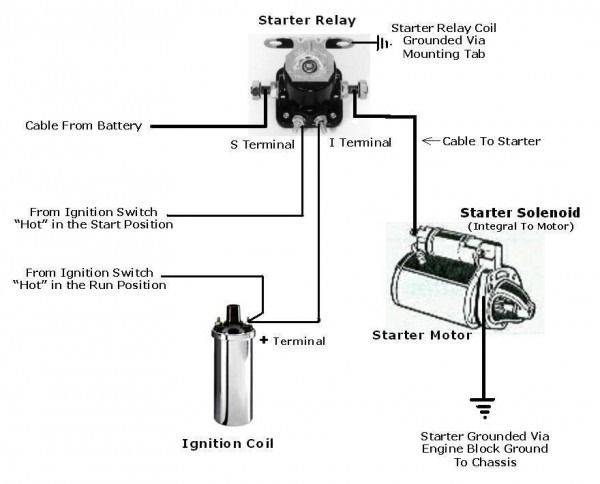 Am I doing this right? Searching for battery drain
2