The "after-party" cruises take place in Lidkoping in the evenings. Thousands, upon thousands of mint condition us cars cruise the streets, all day and mostly all night. A town of 15k people is taken over for a few days. The mian event "Power Big Meet" takes place a few miles outside of town on an airfield. Over 20 000 classic US cars and over 200 000 spectators during 3 days.

The next day, we will head to the airfield. During the next 2 nights, the cruises will take over Lidkoping.
Our Newport, will also take part - this is the perfect test for the cooling system of the car, and the speed is mostly stop& go traffic The town residents all go outside on the lawns, entire families in all age groups have picnics and watch the cars go by. Really cool, awesome atmosphere and spirit, and everyone is very welcoming. At night the parties start.

More to come, as the event hasn't even started yet... 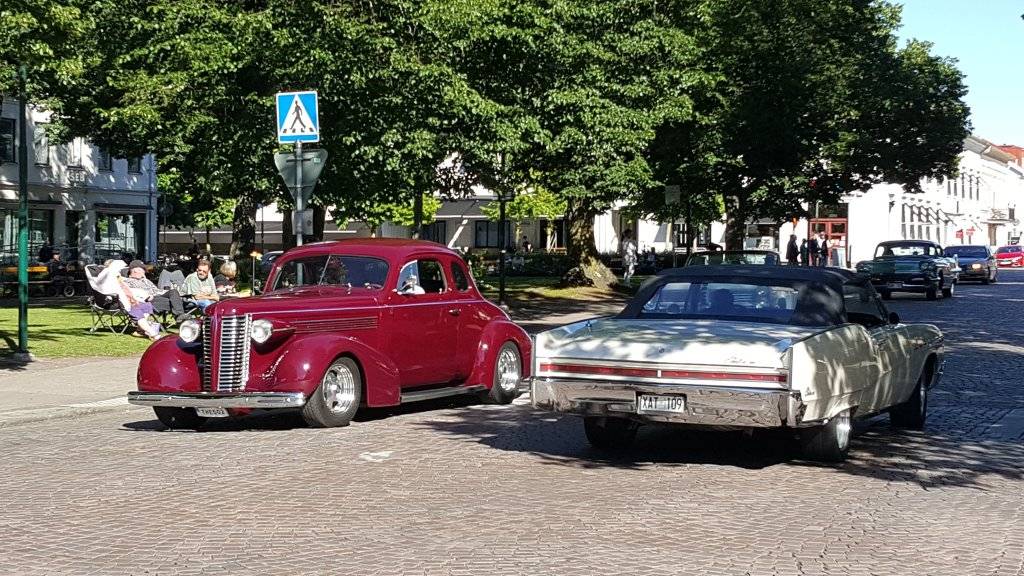 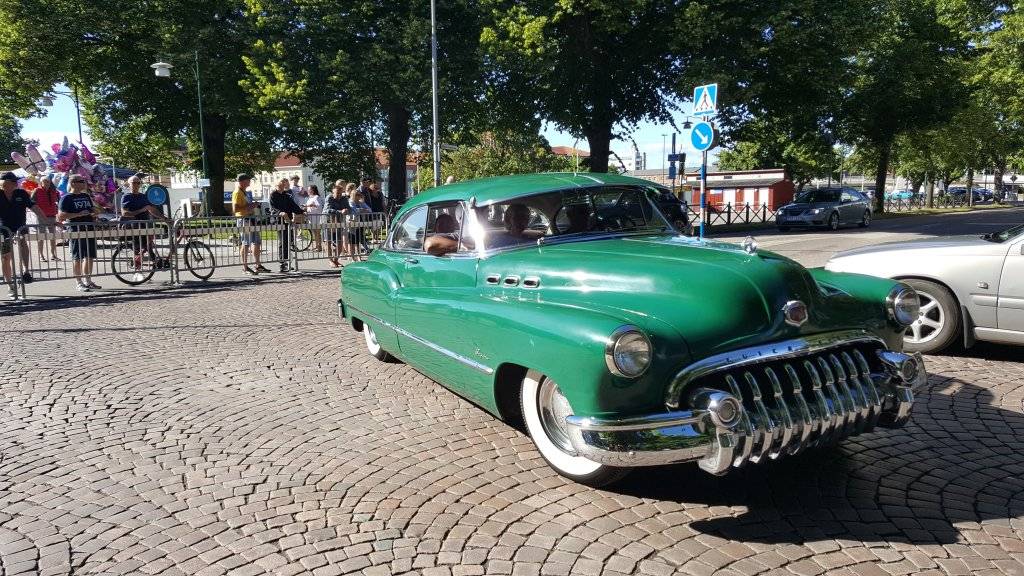 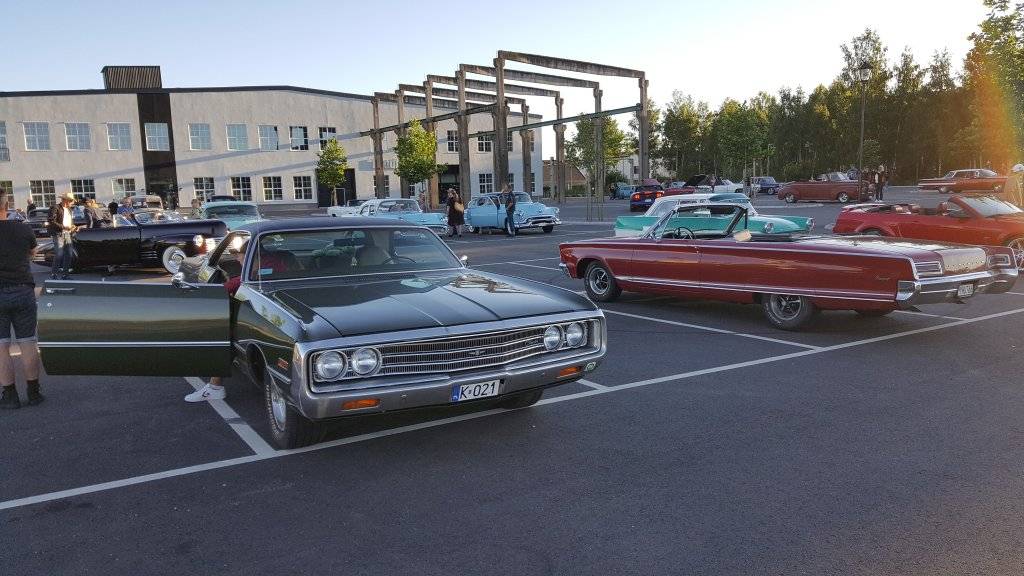 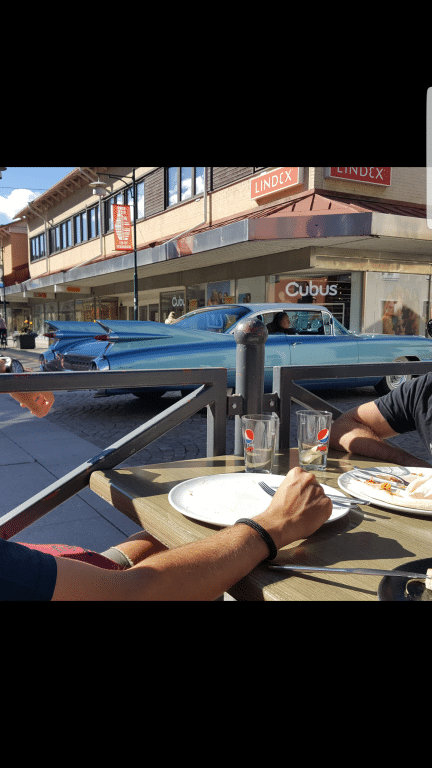 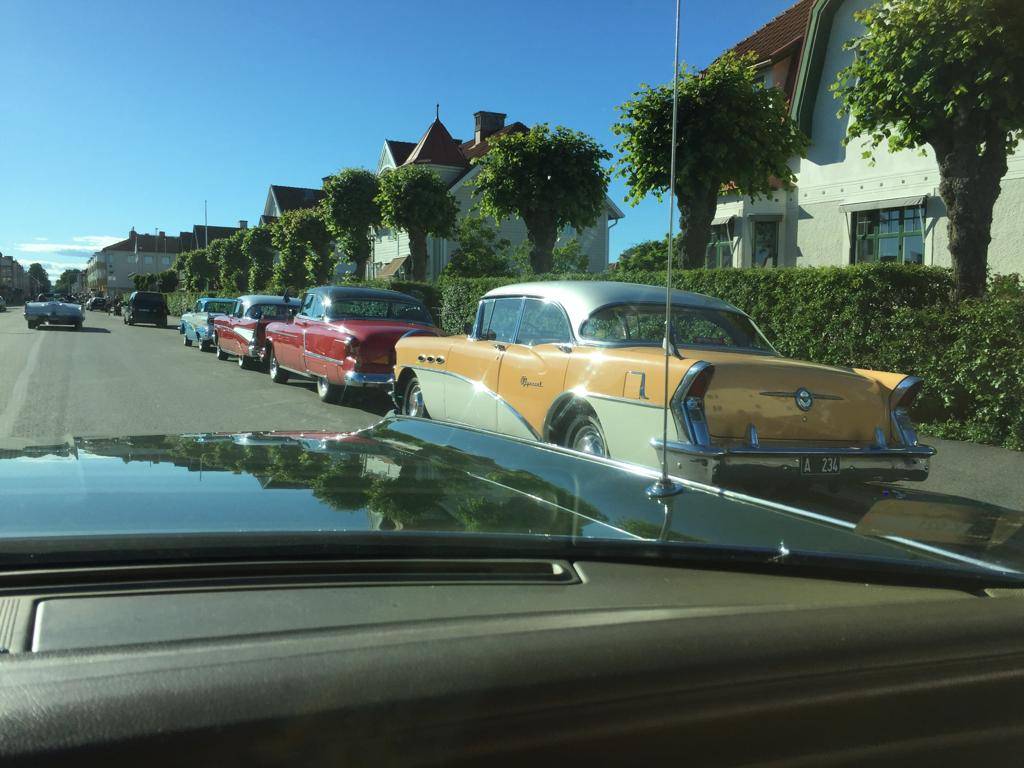 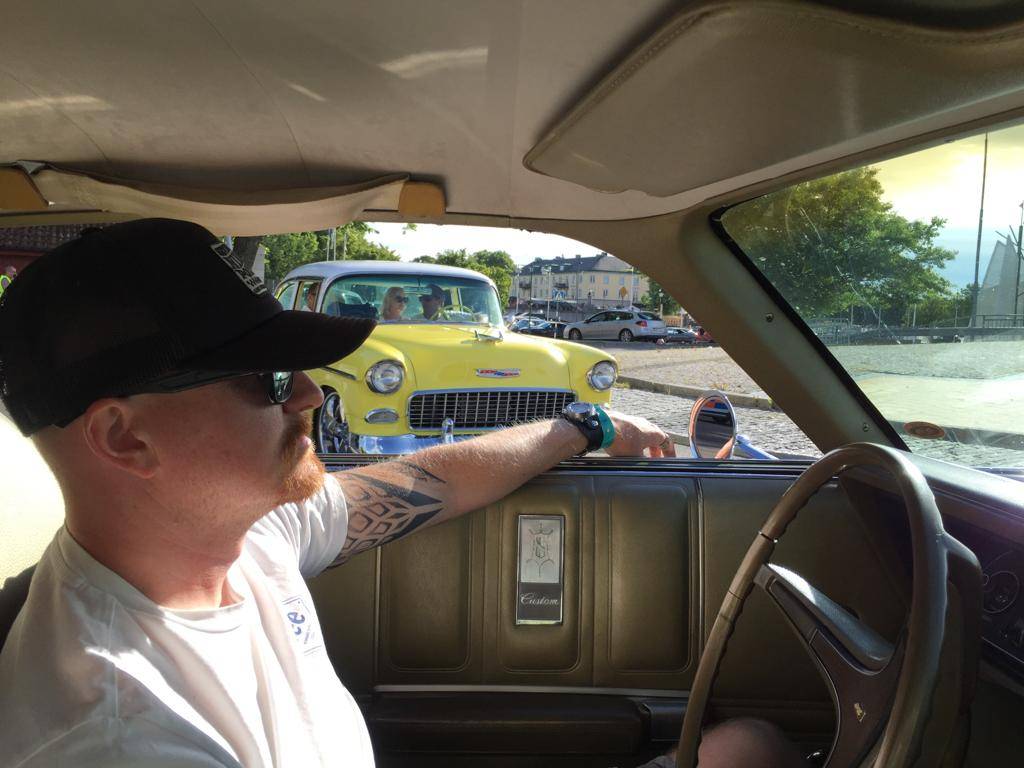 The event days @ the airport, & later evening cruiuses in Lidkoping.

U can't really see it in the pictures, but to get into the airport there were 5 lanes, and they would be queing for 2-3 hours. Over 20k cars. During the 3 days, there were over 200 000 spectators. Huge.

One day when we were leaving, we took a different route, and the asphalt was melted from the heat of the sun and all the v8s that were driving 1mph due to the traffic. We always left very late in the evening, so less cars, but had to take it real slow not to splash the paint with melted tarmac!

One day on the airport a fellow came up to me, he remembered me from the forum. Had a nice chat. He drove from Holland in his fuselage ! Cool! Cheers by the way! 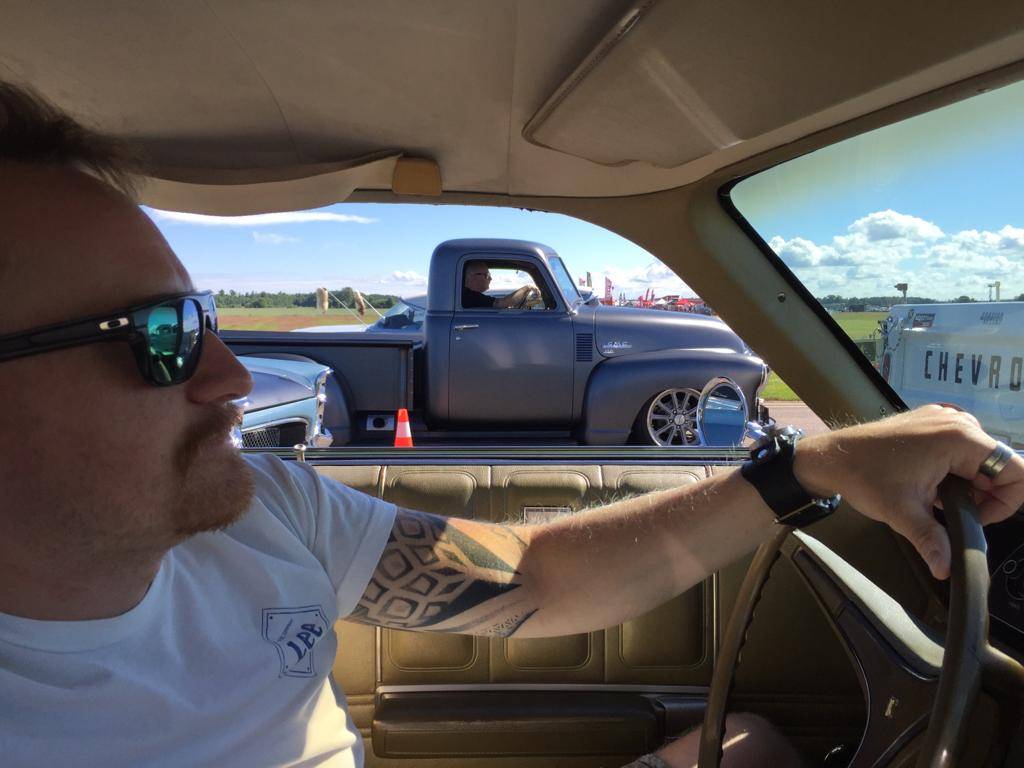 There were about 8 rows of car, lined up all the way to the tree line at the end! Crazy. 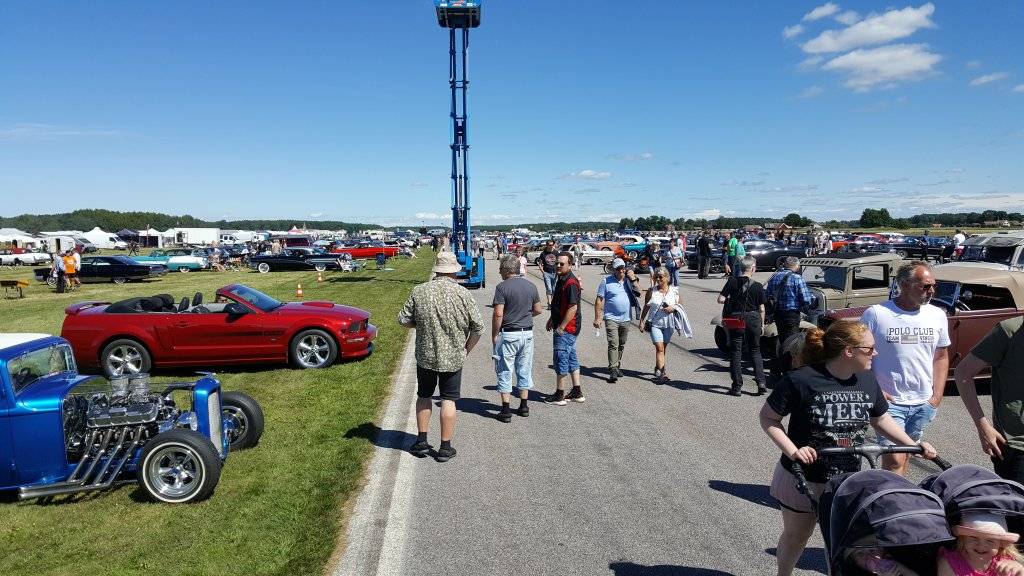 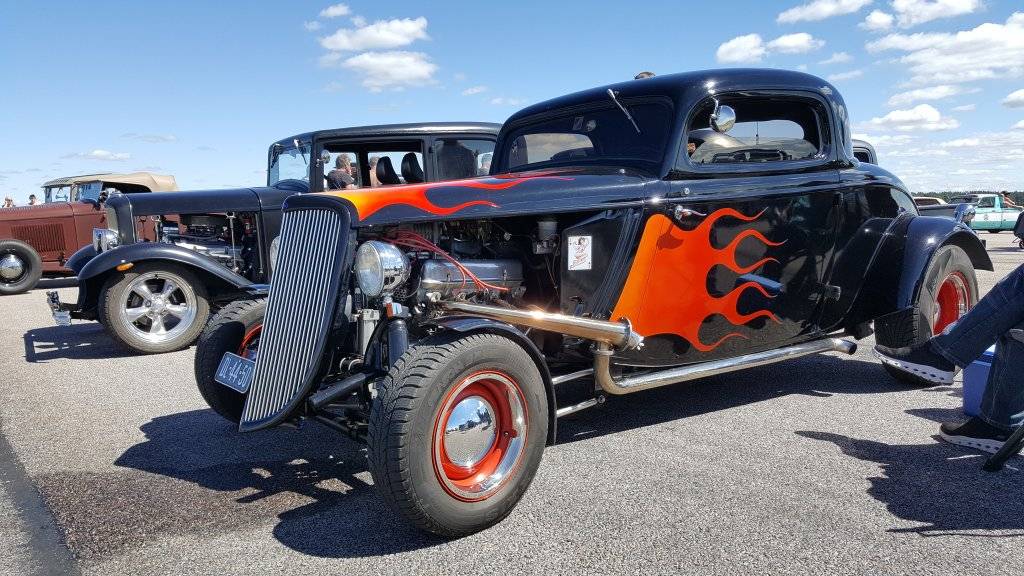 Awesome Chrysler ! I love the fins on the hood. 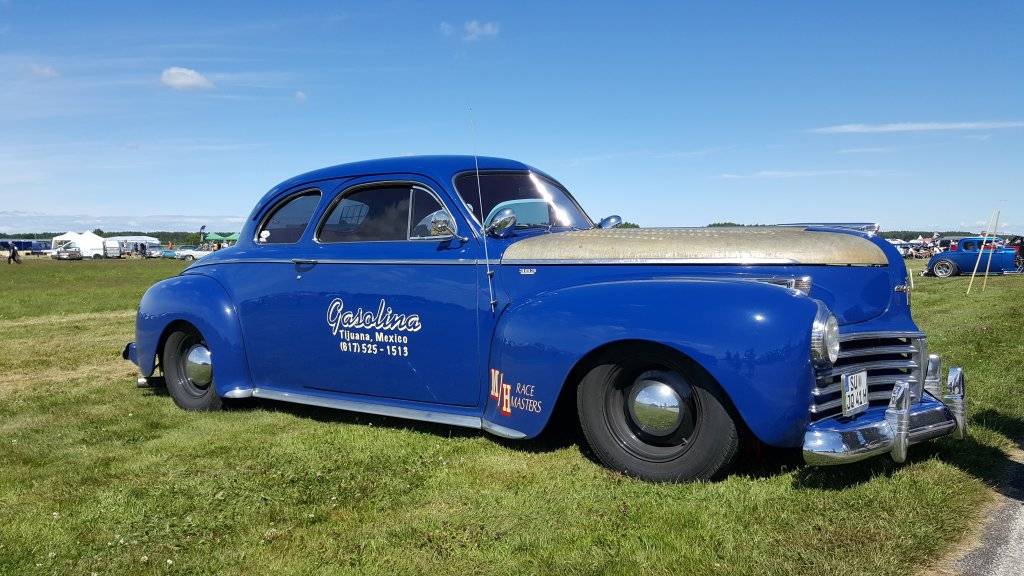 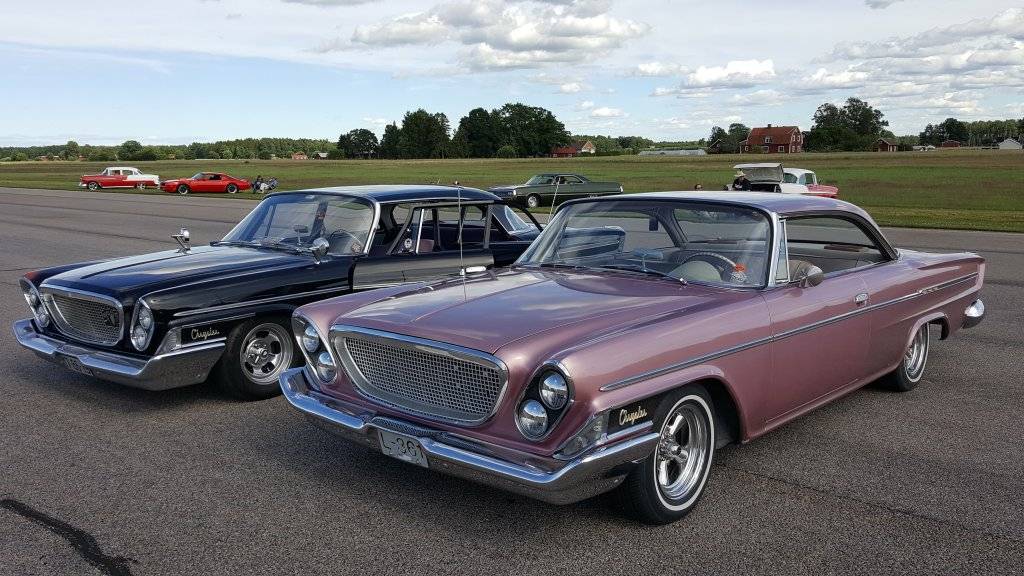 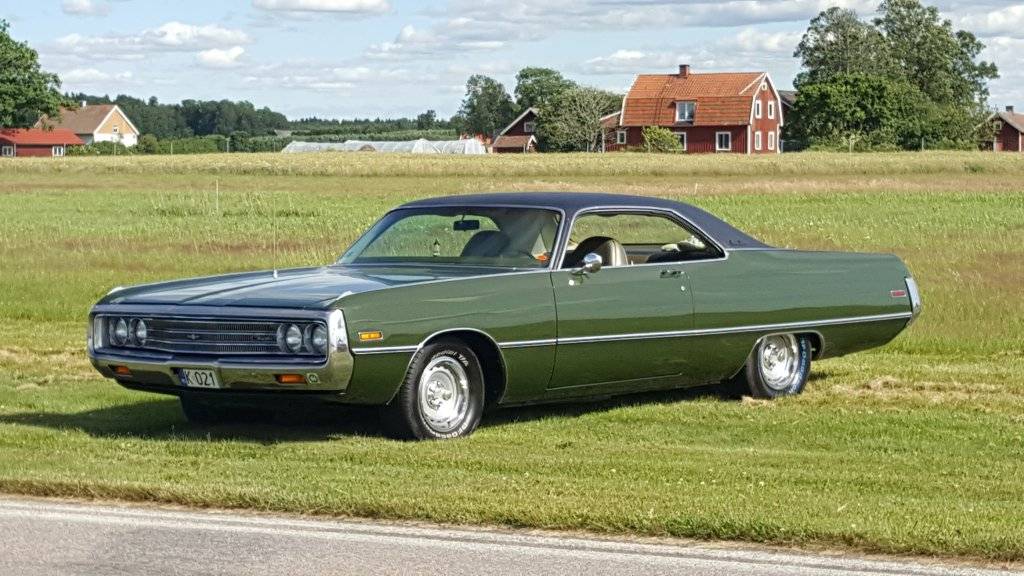 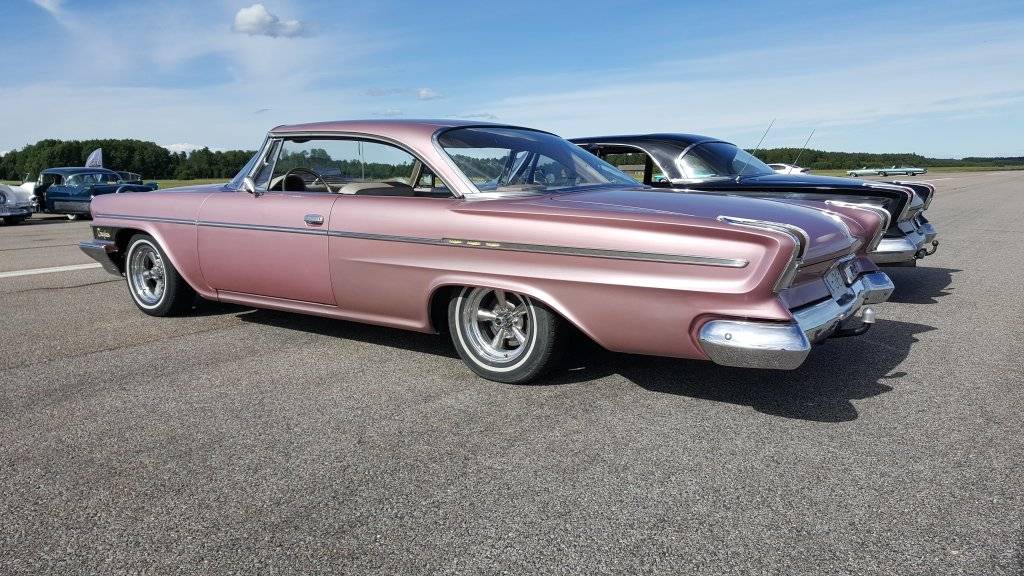 Not many fuselages. I counted maybe 10 during the entire event! 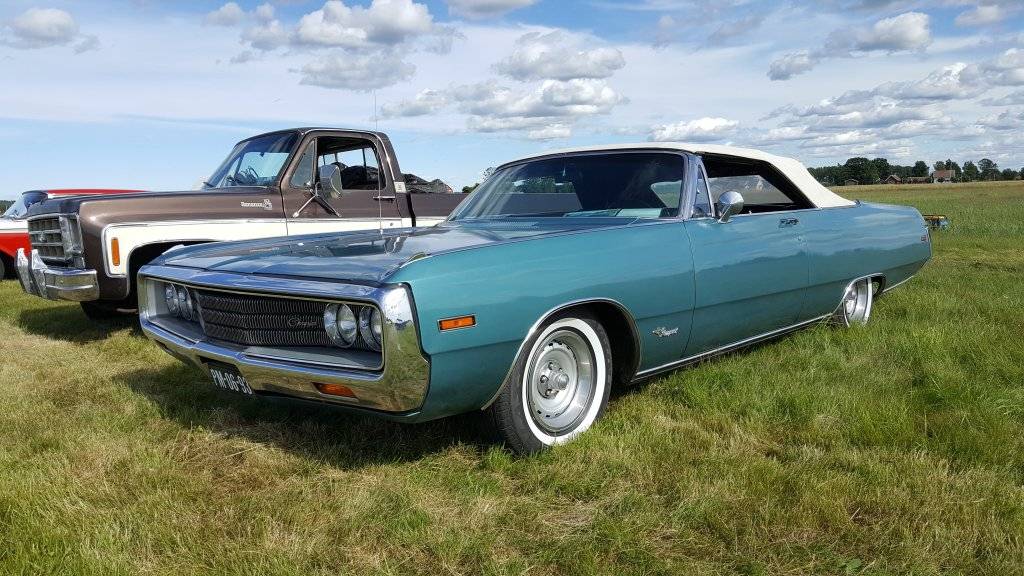 When leaving I have the runway almost all to myself! 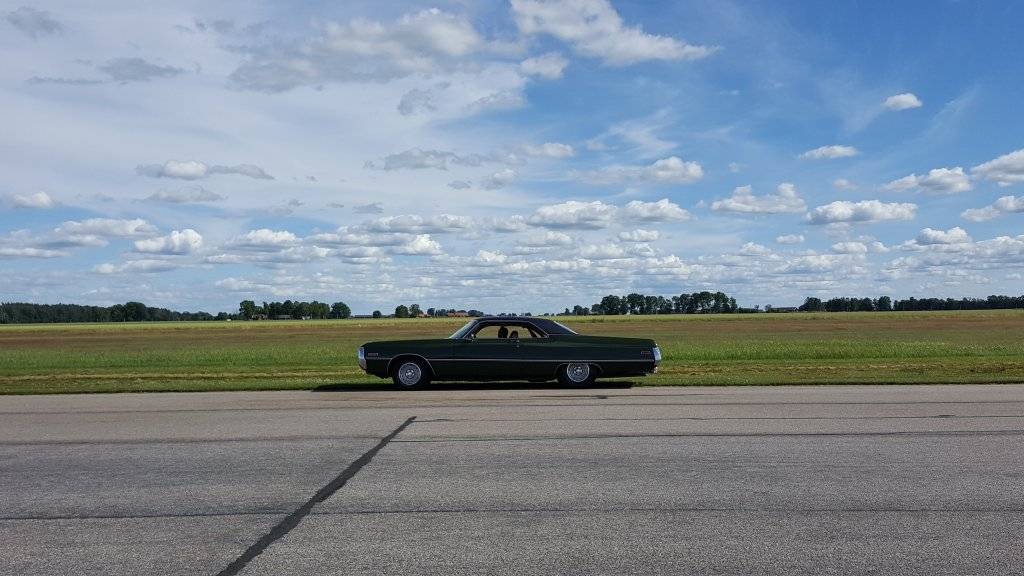 Evening cruises. The whole town center was taken over. Thousands of cars cruising all night long. Some days we would cruise, others we would stroll the boulevard with some beers Awesome parties. 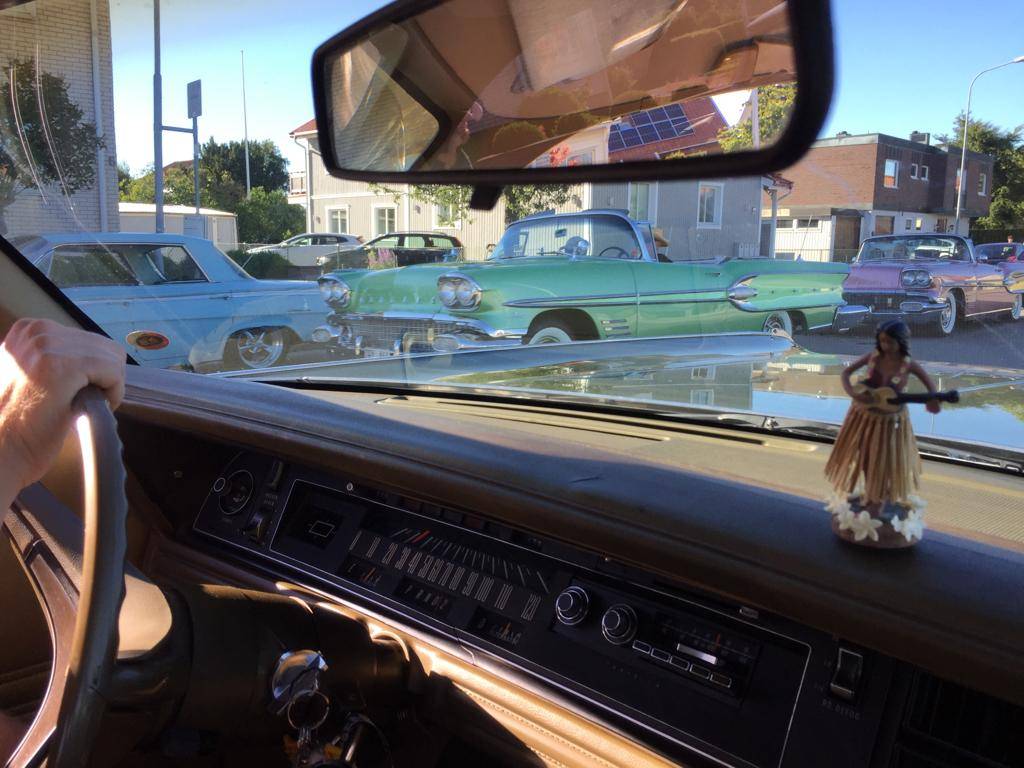 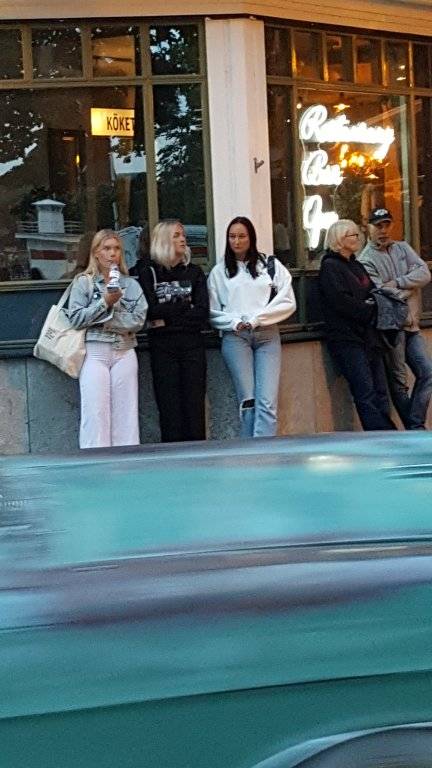 Real open and friendly people all over ;) Ps/ if u like blondes, well look no further than Sweden !! 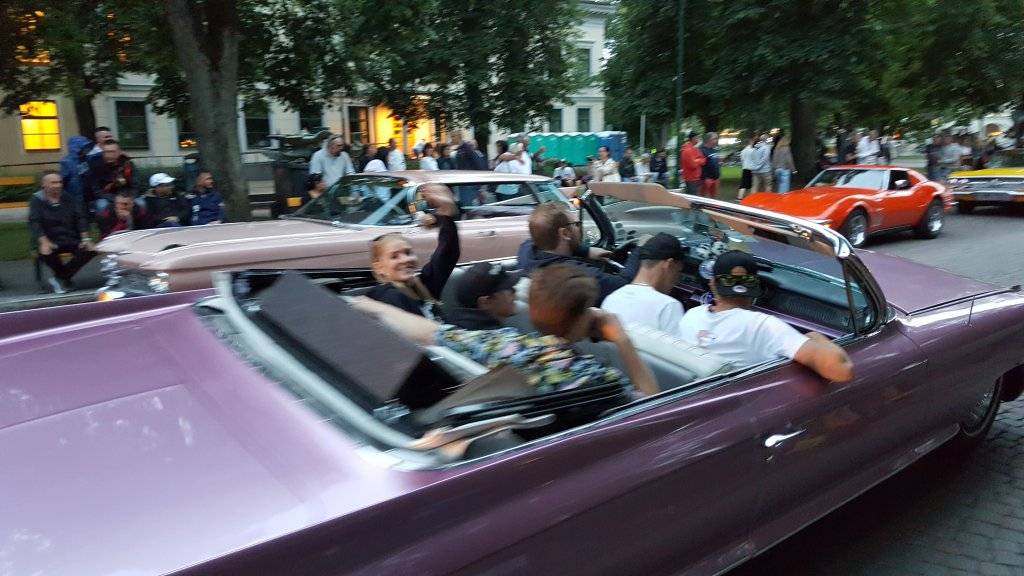 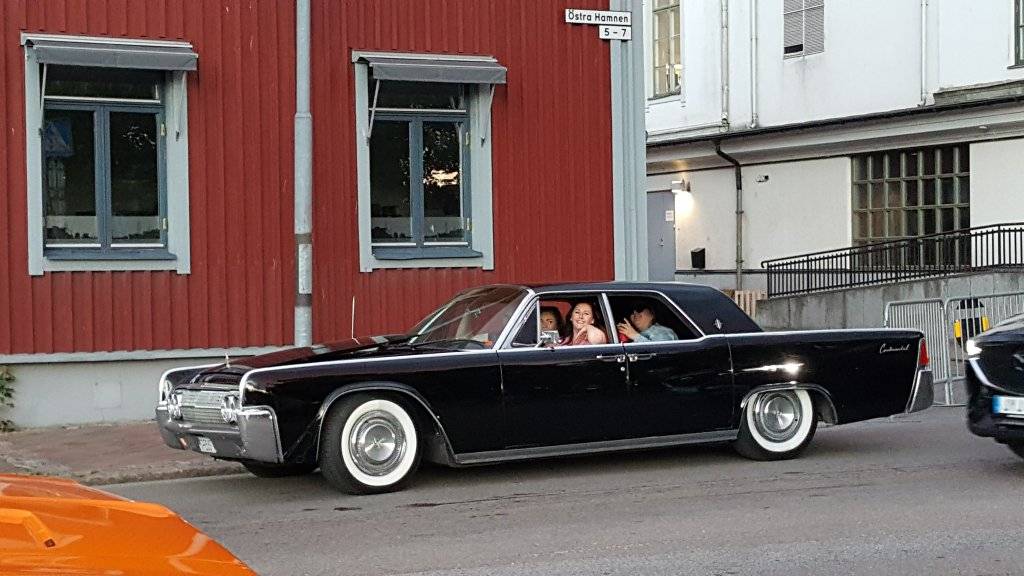 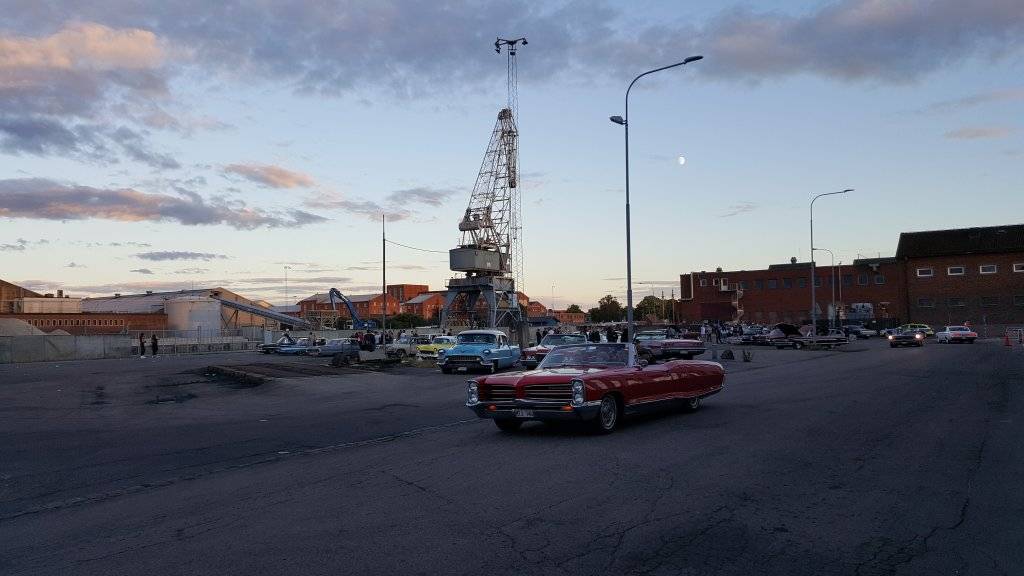 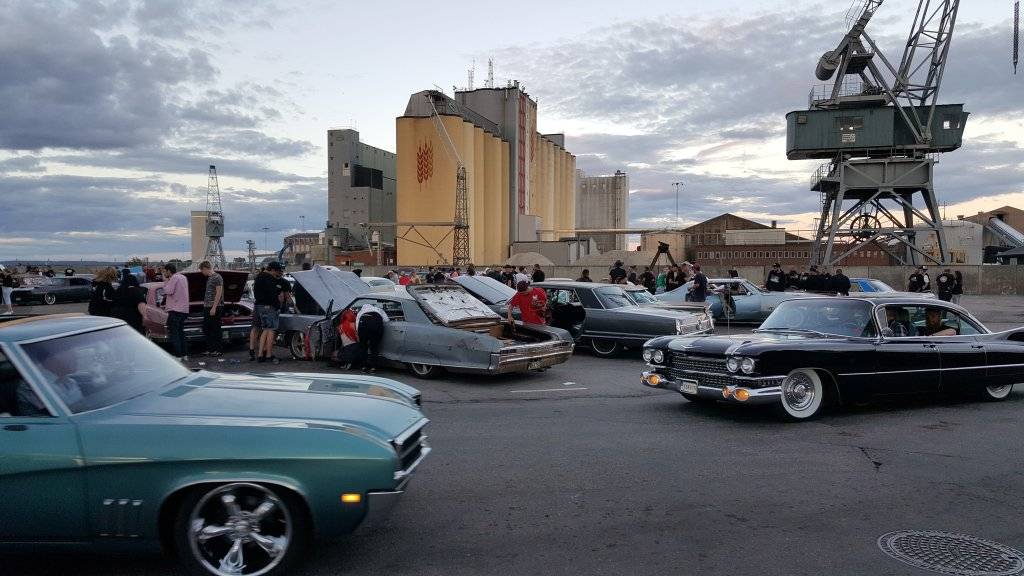